Thanks for Visiting Mint
You seem to have an Ad Blocker on. Please turn it off in order to continue, or whitelist Mint
HOW TO TURN OFF AD BLOCKER
OR
REFRESH IF YOU ALREADY TURNED OFF THE AD BLOCKER
Home >Companies >Vineet Agrawal | We may not separate consumer business in near future

Vineet Agrawal | We may not separate consumer business in near future

Vineet Agrawal | We may not separate consumer business in near future

Bangalore: WiproConsumer Care and Lighting, the consumer products business of Wipro Ltd, on Tuesday announced it will buy the Yardley personal care brand’s businesses in the UK and most of Europe. It is also buying another British personal care brand, Woods of Windsor. Vineet Agrawal, president, Wipro Consumer Care, spoke about the company’s plans. Edited excerpts:

You are entering Europe when it’s going through a financial crisis. What gave you the confidence that the Yardley deal would work? 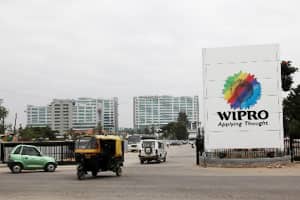 Secondly, when we looked at the whole portfolio of Yardley in the UK, we found that there were a lot of products, especially perfumes, that we can import into India and Middle East. And there are products that we can take from here to the UK. The second part is that the UK itself was doing very well. The brand was growing in the high double digits over the past couple of years.

Last August, a Nielsenreport said Reckitt (Benckiser) had overtaken Wipro as the No. 3 soap maker in India. Is there any update or change to that situation?

Dettolhas overtaken (Wipro’s) Santoor, and there are a few months when Santoor has overtaken Dettol. So it’s not a static situation. It’s a dynamic situation. What is really happening is that it’s a month-on-month change. Some If you look months, (Reckitt’s) at the last six months, in the January to June period, we are clearly ahead of them.

There have been a lot of rumours that Wipro may hive off the consumer business as it’s a non-core asset. Some say that this kind of move may unlock significant value. Do you think this is a realistic possibility?

From running-the-business point of view it doesn’t make a difference to us. It’s like the Tatas have decided to have each business as a separate company and list them on the stock exchange and we’ve chosen to have one company. The way we look at it is that if we can give a good return to the shareholder, and it’s equitable, there’s no reason to complicate it by splitting it. We run the business fairly independently. We have our own CFO, HR people, we work under the overall corporate guidelines, which would happen even if you were running a separately listed entity. I don’t think it (a separation) is going to happen in the near future. But what happens in the long term is difficult to say now.