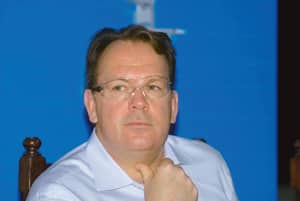 For GE Healthcare, the $17 billion (Rs77,350 crore) healthcare division of GE, this is a strategic leap as it becomes the only company manufacturing new CT imaging systems in India. “We are happy to lead this transformation of made-in-India solutions for India and the world. It is possible because we made an early start," said John Dineen, president and chief executive, GE Healthcare. “This is an important year when the rest of the market dropped, Indian market grew."

The low-cost, dual-slice CT system, HiSpeed Dual, sells for about $200,000 globally and will be 10% cheaper in India due to local manufacturing; the company hopes to lower the cost further in the future. However, the 5% increase in excise duty announced in this year’s Budget will result in passing on the cost reduction to the customer to the desired extent, said V. Raja, president and chief executive of GE Healthcare, South Asia.

The CT system has so far been manufactured only in Beijing in a facility that produces about 200 units. Given local demand, GE will manufacture 40 units, doubling it within a year. The facility also becomes the exclusive manufacturing site for Gold Seal products, the GE brand for refurbished products, and will supply single and dual-slice CTs to the global market.

With three manufacturing facilities and a research and development centre in India, GE says it is “very impressed with the progress" it is making in conceiving new products that require cost-effective architecture to make them affordable. As the company expands its manufacturing capacity, it is also looking beyond its 150-strong network of dealers.

“We’re looking to add direct feet on the street as well as tie up with partners, such as pharmaceutical companies, who have wider reach," said Raja.