New Delhi: The Tata group has asked its companies to avoid participating in news stories in a few publications and television channels, including Open, Pioneer and Outlook, and those that are part of the India Today Group and Bennett, Coleman and Co. Ltd, in what seems to be a reaction to their coverage of the so-called 2G scam, Tata Sons Ltd chairman Ratan Tata, and the group’s communications adviser and lobbyist Niira Radia. 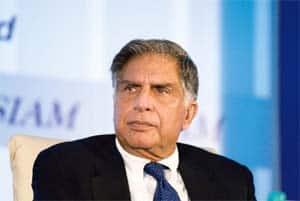 Christabelle Noronha, chief (group corporate affairs) at Tata Sons, said there is “no such policy" or “ban", but added that there has been an instruction to group companies to not participate in news stories being done by the offending publications and channels. “We have expressed our unhappiness on the biased reporting by some sections of the media on the group and have asked our companies to re-evaluate their engagement with these organizations."

Mint couldn’t ascertain, and the spokesperson wouldn’t clarify, whether the instruction on “engagement" covers advertising.

Some of the publications and channels carried reports, transcripts and stories based on conversations between Radia and several executives, journalists, and other lobbyists.

The conversations highlighted Radia’s attempts to spin news stories to the advantage of her other large client Reliance Industries Ltd, and also her role as an intermediary between the Dravida Munnetra Kazhagam and others in the wake of the 2009 elections.

Former telecom minister A. Raja belongs to this party and there were indications in 2009 that the Congress party and Manmohan Singh were not keen to give him the telecom portfolio again. Already, there was some noise about the allegedly preferred allotment of second generation mobile telephony licences to six companies in early 2008—a process overseen by Raja. This has since blown up. In the past few months, Raja has resigned and the Supreme Court has stepped in to oversee the investigation of the irregularities. Some of the publications also carried transcripts of conversations between Tata and Radia. Ratan Tata has since filed a case in the Supreme Court asking that his right to privacy be respected.

However, Mahesh Peri, president and publisher of the Outlook Group, denied any knowledge of the matter. “I haven’t heard about it at all. Tata group has stood for freedom of the press and the company, I’m sure, will not ban magazines."

India Today Group’s CEO Ashish Bagga too denied any knowledge of the matter.

A person at Open magazine who declined to be named said there has been no direct communication between the Tata group and Open, but added that “it’s quite possible for Tata to ban us because they have, in the past, banned The Times of India too."

To be sure, past issues of Open have carried ads from Tata Steel Ltd and Tata Motors Ltd.

R. Rajmohan, publisher of Open, said: “We wrote on a subject of national importance and stand by it."

Mint couldn’t independently verify the previous move by the Tata group to ban TheTimes of India, although the story is a sort of urban legend in media circles.

Rahul Kansal, chief marketing officer, Bennett, Coleman, which publishes TheTimes of India, said on the current development: “In our (company’s) context, internally there have been rumours about the Tata group banning us. But it would be unfair to say I know for sure."

According to the group’s website, it comprises over 90 operating companies in seven business sectors: communications and information technology, engineering, materials, services, energy, consumer products and chemicals. The group has operations in more than 80 countries across six continents, and its companies export products and services to 85 countries.