Pune: Faced with capacity constraints at its plant in Manesar, Haryana, as demand for its A-Star and Alto compact car models surges from buyers in Europe, Maruti Suzuki India Ltd is considering ways to increase car output from the plant by improvements in the production process.

A decision to invest in expanding the 300,000 vehicles a year plant will be made only after demand exceeds the incremental output from such productivity enhancements, a company executive said.

Such a decision will also hinge on demand for the cars continuing in European markets after September, when government incentives for buying smaller, environment-friendly cars expire, Maruti’s managing executive officer, production, M.M. Singh, said here late on Wednesday, on the sidelines of the launch of its Ritz compact car. 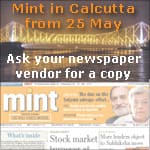 “We are not sure if the demand will continue after the governments withdraw incentive schemes and don’t want to take decisions on expensive investment, based on two-three months of demand", Singh said. Demand for the Euro V, left hand drive Alto model that meets the Euro V emission standards has spiked across the UK, France, Germany and other countries where governments are offering coupons of €1,500 to buyers as an incentive to replace old cars, partly in an effort to prod a slowing economy.

Productivity-enhancing measures at the Manesar plant include flexible assembly operations. “Demand for models from the plant keep changing and introducing flexible body shops, flexible assembly lines that helps us to switch effortlessly to producing vehicles for which demand is increasing, is one way of working around a capacity constraint," Singh said.

Last year the company introduced a flexible body shop (used to create body shells of cars) at Manesar that allows it to seamlessly manufacture vehicles of different dimensions. “With the use of software and sophisticated electronics, it is now possible to (produce vehicles of different dimensions)," Singh said, adding that his company plans to increase automation. The number of hours taken to produce a car has halved in the last five years at Maruti, he said, without giving details.