RedBus is set to be India&#8217;s biggest bus service aggregator

RedBus is set to be India’s biggest bus service aggregator

Bangalore: Entrepreneurship is not what Phanindra Sama had aspired for. A distinction holder from Birla Institute of Technology and Science (BITS), Pilani, Sama was quite content being a team leader at the India arm of Texas Instruments Inc. in Bangalore, until October 2005.

For Diwali that year, Sama decided to visit his family in Hyderabad and opted to take a bus. It turned out to be an eye-opener. There were no tickets available, and worse, he found a lack of basic information such as bus departure and arrival schedules, stops on the way and even details of operators whose buses plied between Bangalore and Hyderabad. 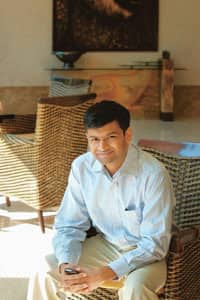 Dream ticket:RedBus founder and CEO Phanindra Sama said the company provides an integration platform for bus operators, so when a customer looks for a ticket, the operator’s interface is also searched. Hemant Mishra/Mint

Sama thought there was a potentially lucrative opportunity in providing travellers the convenience of booking a bus ticket over the Internet without having to leave their offices or homes. Sama and two friends from Pilani started Pilani Soft Labs Pvt. Ltd, the company behind bus ticketing service redBus, in 2006, initially as a non-profit organization.

“We thought there has to be a technology or software to automate all this. We also realized that it has to be given by a third party as for customers value lies in aggregation of all bus operators," said Sama, who does not drive a car and commutes by bus.

Today, redBus is India’s first organized bus ticket booking service. It is also the biggest aggregator of bus tickets in the country, selling 4,000 tickets in a day. RedBus’ business proposal is simple—the company can book your bus tickets online. Once you log onto the website, you can choose tickets in 15 states, across 4,000 routes, through a network of 500 bus operators, in one click. The service allows passengers to choose their seats as well as book return tickets.

RedBus provides an integration platform for bus operators, so when a customer looks for a ticket, the operator’s interface is also searched. Currently, 14 bus operators have direct integration with redBus’ system and pay the company a fee either annually or on the basis of the number of buses they run. For 10 buses, they pay Rs30,000-Rs40,000 as a one-time fee.

Play it safe while investing in digital gold

What is driving small cars out of buyers’ options?

The inside story of Paytm’s lending pivot

Path ahead is set to be arduous for Zomato

Working on the system of advance booking, redBus blocks 10-15 seats in all buses for itself and partners such as Makemytrip.com, the travel portal, until an hour before departure time.

The company makes its money from the commission it earns on each ticket—Rs30-50. Expanding its reach, redBus also sells tickets at post offices.

The firm is now all set to become the country’s largest bus service aggregator. It is coming up with an online graph on time deviation for every bus service. “The idea is to display a lot more information than available seats and prices. We are also ranking the bus services on the basis of behaviour of the staff, punctuality and quality of buses," said Sama.

In October, the firm launched an online charter bus service under which buses can be booked for weddings, corporate outings and sightseeing. “The response has been very positive on this," said Sama.

The firm is coming up with a product on analytics for customer behaviour, which would indicate factors such as customers’ preference for seats, stops and mode of transaction. It is also looking at forming an association of bus operators with redBus as a business partner, to increase their bargaining power, particularly when they go to negotiate with banks and bus makers.

The firm is yet to become profitable, but capital infusion has come to it twice. In July, redBus raised a second round of funding led by Inventus Capital Partners. Seedfund, an existing investor, also participated in the round. The promoters are no more majority stakeholders in the company.

“The latest round of funding happened at a little lower valuation, but we went ahead with it as capital would be good for the company as it is growing now. We cannot compromise on the growth phase," said Sama, adding that he was never too bothered about how much stake he had in the company. “I never thought of it as a family business. The day we feel we are not working right, we would get a professional to do it. If the person needs to be a CEO, we will get him."

The Indian bus travel market is estimated to be worth an annual Rs12,000 crore, with 30 major bus operators dominating it. The business of companies such as redBus depends heavily on building credibility and trust with bus operators.

“It’s an online play. Not everyone has Internet access in the country. Also, not many people have printers," said Sanjay Anandaram, founding partner, JumpStartUp Venture Fund, who also mentors start-ups.

Providing bus tickets online is not a business with high entry barriers, and investors say companies that have the money to block inventories will dominate it in the future.

“The volume of bus travel is high and this is definitely an extremely scalable market. The success, however, depends on how quickly you can get more bus operators. Also, if the Makemytrip.com model can be replicated, so can be redBus’. It’s a question of execution," said Rajesh Srivathsa, managing partner, Ojas Venture Partners.