Home >Companies >Raju Narisetti back at The Wall Street Journal

Raju Narisetti back at The Wall Street Journal

Raju Narisetti back at The Wall Street Journal

Raju Narisetti, currently managing editor of The Washington Post is headed back to the Wall Street Journal, where he has spent more than 13 years of his work life in the past. 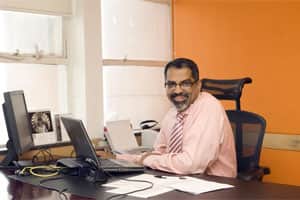 Narisetti born in 1966 has been a journalist for over 22 years, and has spent most of his work life at the Wall Street Journal in US and Europe. In his earlier stint at the Journal, he was editor of its European edition and also served as deputy managing editor of its US edition. He began his life in India, and after his journalism studies here went on to do his masters in journalism from Indiana University in the US in 1991. Between 2006-2008, Narisetti was the editor of Mint, India’s newest and fastest growing business newspaper. Mint’s parent company HT Media Ltd is also the publisher of the english daily Hindustan Times as also the Hindi paper Hindustan. Narisetti was the Editor of Mint until end-2008 before moving on to join the Post.

He was named a Young Global Leader by the World Economic Forum in 2007 and is on the board of the World Editors Forum of IFRA/World Association of Newspapers.