Belgaum will be next aerospace centre, bets QUEST’s Melligeri

Bangalore is India’s aerospace hub, where the country’s military plane maker Hindustan Aeronautics Ltd (HAL) is based and the work on a homegrown plane and space research is centred. This, in turn, means the bulk of the vendors with the ability to make precision parts and systems for aeroplanes, are located around this city. 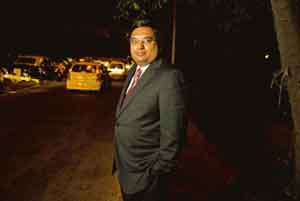 But for Melligeri, co-founder of Quality Engineering and Software Technologies Pvt. Ltd, or QUEST, an engineering services firm, the next aerospace manufacturing destination is Belgaum.

QUEST has set up a 300-acre special economic zone (SEZ) for aerospace manufacturing in the town bordering Maharashtra, around 500km from Bangalore, among the first such facilities to begin operations.

“Belgaum has a manufacturing culture. Historically it was the automotive backend for Pune," says Melligeri. “It has over 300 foundries and machining shops. It is also a strategic location."

Also Read Too hot or too cold? Try Dhama’s jacket

In manufacturing, “logistics is a key and Belgaum is equidistant from Mumbai, Hyderabad and Bangalore and around two hours’ drive from three airports, including Goa", he says. 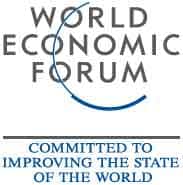 Not everyone is buying the idea. A.K. Saxena, managing director of Navv Avia Technologies Pvt. Ltd, an aerospace consultancy, says the distance and skills needed for the aerospace industry will be an issue.

“They may be right. But the big names may not go to Belgaum because of the distance, they would prefer the known cities," says Saxena, a former managing director of HAL.

For QUEST, which has invested Rs150 crore in the SEZ and three factories including a joint venture with Magellan Aerospace Ltd, a vendor for plane makers such as Airbus SAS and Boeing Co., being away from the big cities is an advantage.

“People are disciplined and there is enough talent to train," says Melligeri. “At the end of the day, you don’t see an aerospace manufacturing facility in London or New York."

For QUEST, founded in 1997 by Melligeri and partner Ajit Prabhu as a services firm offering engineering design for power generation equipment makers, aerospace manufacturing is just a three-year story. Prabhu is in the US, leading the engineering services operations, while Melligeri takes care of manufacturing.

The company got into aerospace design services after venture capital firm Carlyle Group invested $6 million, (around Rs28 crore today), in 2003. In 2007, both the promoters bought back Carlyle’s stake, to expand into manufacturing, as they saw firms such as Airbus and Boeing outsource more work to low-cost countries such as India. Melligeri did not reveal how much they paid to buy back the stake.

QUEST’s focus also coincided with India becoming a major market for global aerospace and defence firms. India will import arms, including fighter planes and helicopters worth at least $30 billion by 2012, according to the Associated Chambers of Commerce and Industry of India a lobby of trade associations.

A third of this is expected to be spent in India by foreign firms, following a 2005 offsets policy that mandates foreign contractors to source components and systems from local vendors for at least 30% of the value of orders worth at least Rs300 crore. This is to boost the local aerospace industry, which is still nascent, despite designing a few homegrown planes and HAL’s history of building fighter planes under licence.

India’s aerospace manufacturing exports in the year to March were around $200 million. HAL accounted for more than half of that figure, according to Melligeri. In comparison, the global commercial aerospace industry is worth $90 billion a year.

“There may be small suppliers which HAL has built, but that is not really scalable. For that, it needs a supply chain," he says. QUEST is building the supply chain, even asking rival firms to set up units, so scale could be built to service global customers and tap the business opportunity they present.

A supply chain expert says the move by QUEST to offer manufacturing components and systems would help it to battle competition from other low-cost countries such as China, the Philippines and Malaysia.

“In the next few years, only service providers who provide end-to-end (solutions) would be preferred. For high end (engineering) services, you need to understand manufacturing," says Roger Moser, who heads the chair on sourcing and supply management at the Indian Institute of Management, Bangalore. The chair has been endowed by the European Aeronautic, Defence and Space Co., or EADS, the parent of Airbus, and Supply Chain Management Institute.

“In the Indian aerospace industry, where you have so many small players that hurts its efficiencies, you need to have a few companies such as QUEST that will act as system integrators at the small level," he says.

But to achieve that, QUEST is raising additional funds of $50 million by December to invest in its operations. Melligeri did not reveal from whom the money is being raised.

“Manufacturing, with a lower base, will grow 80% in the next three years. As for engineering services, it will be around 30% growth a year. It is a fairly good target and aligned with strategic customers. They look at us for giving the next solution," says Melligeri.