Hero to replace all Honda products, not brand names

Hero to replace all Honda products, not brand names

New Delhi: India’s largest motorcycle maker Hero MotoCorp Ltd will replace all two-wheelers developed by Honda Motor Co. Ltd with its own products to be developed by a group of technology partners by 2015, chief executive officer and managing director Pawan Munjal said on Thursday. 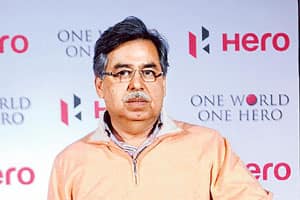 The announcement is one more step in Hero’s break from its past as Hero Honda Motor Ltd, a 26-year partnership with the Japanese company that used to advertise its products with the tagline: “Behind every Hero there is a Honda." The partnership ended in December 2010 with the Hero Group buying out Honda’s 26% stake.

The move by Hero to develop its own products had been expected, but the entire product line-up may not be changed, one expert said.

Deepesh Rathore, managing director of automobile research firm IHS Automotive, warned that “the move can boomerang if Hero is unable to maintain the fuel efficiency and robustness" of the line-up developed by Honda.

“So, in their future models, Hero will have to ensure that they are bullet proof," in terms of technology, Rathore said.

To begin with, Hero MotoCorp will introduce a new motorcycle in place of its newly launched Impulse, an off-roader, Munjal said.

“The idea is to develop same kind of products which Honda will be providing us till June 2014. We are working with our alliance partners to replace future Honda models," he said. “The first one will be our on-and-off bike (Impulse). We intend to replace the earlier models, which existed during the joint venture. This will help us in curtailing our royalty outgo to Honda on new products."

Mahantesh Sabarad, senior vice-president, equity and research, at Fortune Equity Brokers (India) Ltd, said Indian consumers tend to be quick in noticing any differences between the current and past variants of motorcycles they buy and any product shortcoming would be to Hero’s disadvantage.

“The move will definitely impact some of its famous brands because they are known for impeccable quality," Sabarad said. “One should always remember that a brand is always supported by its value and with Honda going, Hero will have its task cut out to maintain the values. Hero has the capability to build brands but creating brand value takes a long time."

Since parting from Honda, Hero has sought out technology partners and distributors in overseas markets.

“I am waiting for the partner to be available with me to make an announcement," Munjal said, referring to tie-up with a leading two-wheeler maker in Europe. “The partner operates all kind of two-wheelers and is an expert in ICE engines, hybrid and electric vehicle technology. We will share more details in some time." ICE is short for internal combustion engine.

Hero has also announced tie-ups with US-based sports bike maker EBR Racing, which is expected to help Hero develop high-end bikes. It has an agreement with Austria-based engine maker AVL, which will work with Hero’s research and development (R&D) staff to develop a range of engines.

In a bid to acquire technology, the company said that it will look to buy a stake in its partners, a strategy that rival Bajaj Auto Ltd also adopted by picking up a minority stake in Austrian bike maker KTM and gradually raising it to 47%. Bajaj and KTM have been sharing product platforms.

“There is every possibility that sooner or later we will be financially involved in these companies (partners)," Munjal said. “We will pick up minor equity stakes. We will start with EBR. The ultimate aim is to have extended arm of our own R&D as we aim to become a major global player."

Munjal said that the company is looking to establish regional two-wheeler assembly hubs at three locations—Nigeria or Kenya, Colombia and Bangladesh—to tap those regional markets.

“I am looking at these hubs that could serve the countries next to them. We are starting exports from October onwards as we have finalized distributors in various countries such as Nepal, Sri Lanka, Guatemala and we are keenly looking at Kenya," he said. “Wherever, there is manufacturing and not just assembly, we will be involved in the manufacturing."