Shareholders put a rider ahead of IL&FS bailout talks

Shareholders have asked the IL&FS management to table a comprehensive turnaround and deleveraging plan, before talks of a potential bailout can be initiated

Mumabi: Key shareholders of cash-starved Infrastructure Leasing and Financial Services Ltd (IL&FS) have asked the management to table a comprehensive turnaround and deleveraging plan, before talks of a potential bailout can be initiated, said two people directly aware of the development. “The decision of shareholders led by Life Insurance Corporation of India (LIC) was conveyed to the IL&FS top management during the company’s board meeting held on 15 September," said the first person cited above, requesting anonymity.

“Accordingly, the management is working on a monetization plan to raise up to ₹ 5,000 crore through the sale of assets held by various group subsidiaries. The plan is expected to be submitted to the board for approval by the end of September." 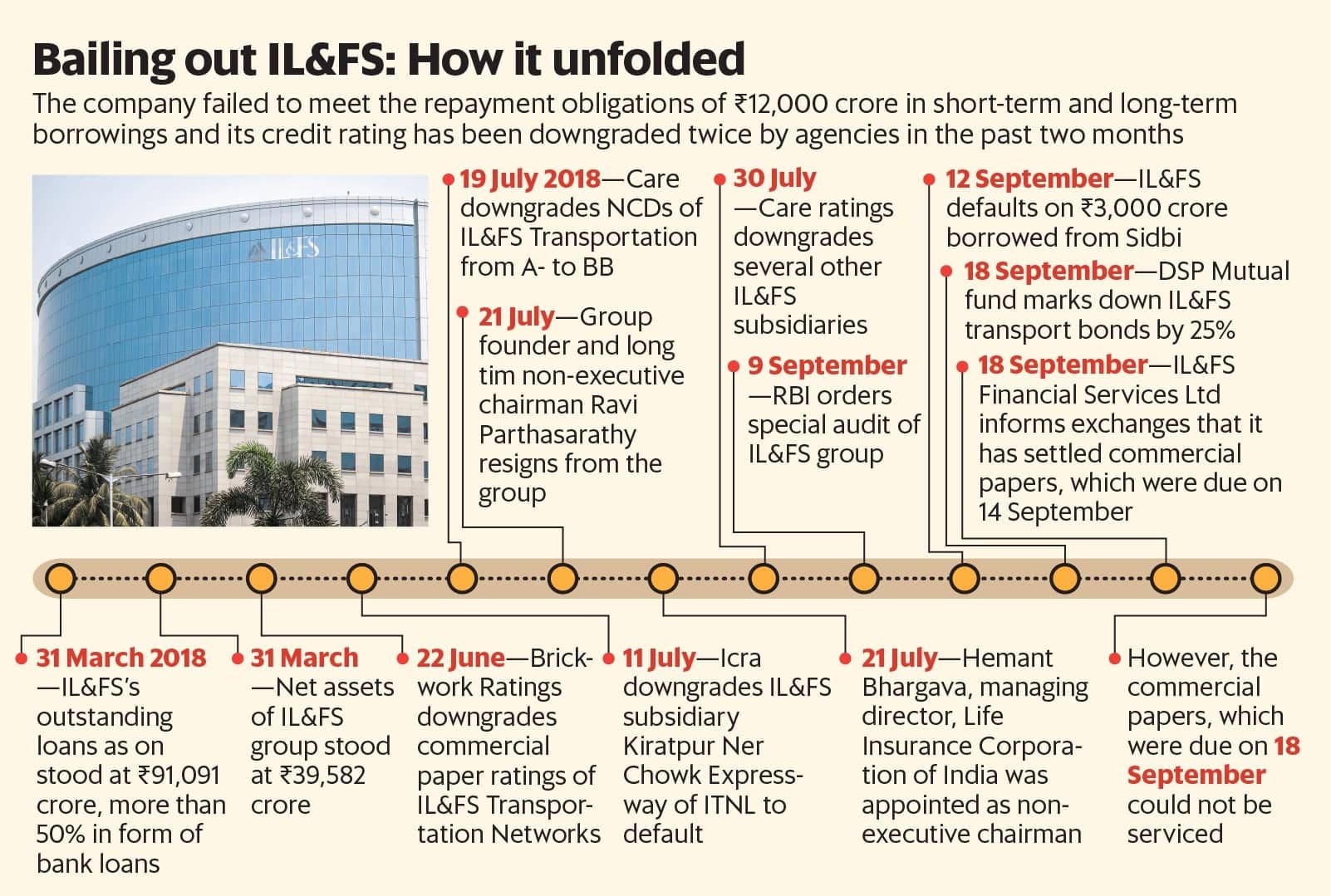 Mint on 15 September reported that LIC, which owns more than a 25% stake in the company, is likely to pump in ₹ 4,000 crore in the company to prevent defaults. On 17 September, rating agency Icra had revised the credit rating of IL&FS to default, after it failed to meet the repayment obligations of ₹ 12,000 crore in short-term and long-term borrowings. In fact, the company’s credit rating has been downgraded twice by agencies in the past two months.

It also defaulted on a ₹ 1,000 crore loan from Small Industries Development Bank of India (Sidbi) on 13 September. On the following day, it failed to redeem commercial papers worth ₹ 105 crore.

Following the defaults, the Reserve Bank of India ordered a special audit of the company. “The shareholders are also of the view that IL&FS should define its scope better and exit businesses which are relatively non-core," said the first person. The general consensus among the shareholders is that IL&FS has spread itself too thin and away from the original objective."

Founded in 1987, as an infrastructure development and finance company, IL&FS was originally promoted by the Central Bank of India, Housing Development Finance Corp. and Unit Trust of India (UTI). Currently, its institutional shareholders include the State Bank of India (SBI), LIC, Orix Corp. and Abu Dhabi Investment Authority.

Over the years, the company had expanded its operations to education, energy, skill development and carbon financing, among others. “The shareholders have sought an exit road map for themselves. This could include getting a majority investor or listing IL&FS, which acts as the holding company with no operations of its own," he added.

As on 31 March, IL&FS’ total outstanding debt stood at ₹ 91,091.31 crore at the group level, an increase of 14% from the previous fiscal, according to its latest corporate filings. IL&FS has 24 direct and 135 indirect subsidiaries. Of the total outstanding debt, ₹ 57,322.15 crore is in the form bank loans, including term loans and cash credit, mostly from state-run banks.