Thanks for Visiting Mint
You seem to have an Ad Blocker on. Please turn it off in order to continue, or whitelist Mint
HOW TO TURN OFF AD BLOCKER
OR
REFRESH IF YOU ALREADY TURNED OFF THE AD BLOCKER
Home >Companies >Karnataka govt notifies land to set up IT park

Karnataka govt notifies land to set up IT park

Karnataka govt notifies land to set up IT park

Bangalore: Taking advantage of the location of Bangalore’s international airport, the Karnataka government has initiated a process to set up an information technology (IT) park on 50 sq. km of land north of the city. 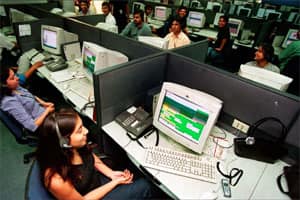 A Union cabinet committee accorded approval for the ITIR in April.

The government will seek investments from companies to establish units at the ITIR during the Global Investors Meet next week, Karnataka chief minister D.V. Sadananda Gowda said in an earlier interview.

IT parks have played an important role in Bangalore’s status as an IT hub. Electronic City, where Bangalore’s most prominent firms such as Infosys Ltd are located, was mooted in the late 1970s by then chief minister Devaraj Urs.

The special investment region scheme was floated by the Union government in 2008 and several states have already announced plans to establish such regions, including Gujarat at Dholera, and Kerala at Thiruvananthapuram.

Under the scheme, the Union government will provide grants for developing infrastructure such as electricity, roads, sewerage and water supply in the special investment regions. While these regions themselves cannot avail tax benefits, special economic zones within them can.

In 2010, the state government passed the Karnataka IT Investment Regions Act to enable the setting up of the investment region. Jha said nearly 60% of the region will be used for production, and the remaining 40% will be used as residential areas including housing units, parks, schools and hospitals. The state government has prepared a draft master plan for the ITIR specifying parameters such as covered area, height restrictions and floor area ratio (FAR) that defines the extent of permissible development. “The master plan will be finalized in a few weeks," said M. Maheshwar Rao, commissioner of the state’s industrial development department.

Once the master plan is prepared, the state government will choose a developer through an international competitive bidding process to build and manage the region.

Before that, the Karnataka government will have to deal with the land acquisition hurdles that have arisen. A part of the area notified for the ITIR is fertile agricultural land irrigated by the Arkavathy river. The state’s ITIR Act specifies that land acquired for the project should preferably be non-agricultural land. Two officials of the Karnataka Industries Areas Development Board (KIADB), which is undertaking the land acquisition process, independently confirmed that the board has received several objections to the proposed acquisition of irrigated land. Both declined to be identified.

“Moreover, the state government had promised to release ₹ 500 crore as compensation to KIADB for the land acquisition. We are yet to receive that," one of the officials said.

The IT industry has largely welcomed the state’s plan for an ITIR, and some companies have already expressed their interest to set up shop. Ramadas Kamath, senior vice-president, head of infrastructure, Infosys, said there was definitely a need for more IT infrastructure near Bangalore. “Talent is not an issue in Bangalore. IT companies will definitely come if infrastructure is available," he said.

Kamath said the government will have to ensure proper connectivity to the ITIR. While the state government has tackled air connectivity by locating it near the airport, road connectivity is also good as the proposed region lies 2-3km from the national highway to Hyderabad.

The state government has also proposed a high-speed rail link project from Bangalore’s centre to the airport, which can be extended to the ITIR.