Exports to be affected by Eurozone crisis: Hyundai

Exports to be affected by Eurozone crisis: Hyundai

Mumbai: The Eurozone crisis is likely to bring down Hyundai Motor India’s exports to 2.25 lakh cars this year against 2.47 lakh last year, a top company official said here on Monday. 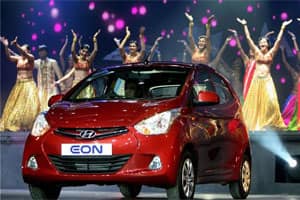 The country’s largest passenger car exporter (it exports to over 115 countries) targets to export 2.25 lakh cars this calendar year.

Eon, which will compete with Maruti Suzuki’s best-selling model Alto, is powered by a 814-cc petrol engine. The company has invested ₹ 900 crore in development and production facilities for the Eon.

Asked about exports, he said, “We will first concentrate on the domestic market. Later we may export to South America and South Africa."