Mumbai: India’s largest auto manufacturer, Tata Motors Ltd, has finally started making payments to component makers that had been delayed for months. The company started settling its dues with just days to go for the launch of the Rs1 lakh Tata Nano, billed as the world’s cheapest car.

Tata Motors has arranged with the Small Industries Development Bank of India (Sidbi) to help it pay the dues to small- and medium-scale suppliers, three parts makers said after getting calls from Tata Motors on Tuesday to collect cheques for the pending payments. 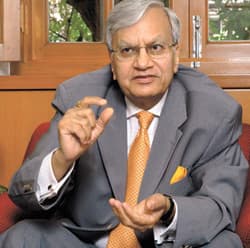 A Tata Motors spokesman, in an emailed statement, only said the company was working with Sidbi. “As part of its discussions with banks, Tata Motors and Small Industries Development Bank of India are in discussions for expanding the relationship between the two."

Tata Motors, struggling because of a slump in demand for vehicles and weighed down by foreign exchange charges, reported its first loss in seven years in the December quarter, at Rs263 crore, against a profit of Rs500 crore a year ago. Its commercial vehicle sales fell 40% to 49,546 units during the quarter, while sales of its cars and utility vehicles declined 14% to 42,187 units. Sales have improved since because of fiscal incentives offered by the government and destocking of inventory.

A Sidbi official confirmed the firm has an arrangement with Tata Motors to settle the dues by way of receivable management, similar to schemes it runs for other companies.

“We make payments to small and medium enterprises (SMEs) and corporates pay us later after a period of three or four months, as per the agreement," this official said, asking not to be named as he’s not authorized to speak with the media. He declined to specify the size of the payments to be made under this arrangement.

The Sidbi official also said the firm had agreed in principle and is in talks with Tata Motors to finance some SMEs to set up facilities in Sanand, Gujarat, the company’s new base for manufacturing the Tata Nano, which launches on 23 March.

S. Ramnath, an analyst with IDFC-SSKI Securities Ltd, said with most of the manufacturers ramping up production in March, the support of suppliers is crucial and Tata Motors had no choice, but to pay the dues. “I think it’s more technical in nature and (I) would not read too much into it. I would not view this as a sign of revival, but something the company had to do to have the vendor support," he said.

In January, Mint had reported that Tata Motors had set up a so-called suppliers’ council to address several issues, including delayed payments, that were causing friction between the auto maker and its parts’ suppliers.

Rathi’s firm is not part of this council, but is one of the more severely affected group of about 200 small- to medium-size suppliers to Tata Motors. These firms typically have Rs5-10 crore worth of machinery and other investments and depend on regular payments, especially in a tight credit market, to meet their working capital requirements.

For bigger parts suppliers, Tata Motors has a so-called bill marketing scheme to ensure regular payments. The scheme is a three-way arrangement involving the company, a commercial bank and a supplier. The bank pays the suppliers on behalf of the company soon after the parts are delivered.

Suppliers who are part of the scheme offer Tata Motors a discount of 1.9% on the total bill to ensure payments in two-three days.

Tata Motors is now considering lowering this discount to 1.5% in the next couple of months, some suppliers said. Mint could not independently confirm this development.

Ravi Kant, managing director of Tata Motors, had told reporters in February that three-fourths of about 1,000 suppliers to the company were part of this scheme, so only the remaining 25% would be facing delayed payments.

It’s not feasible for smaller suppliers to be part of such an arrangement as it would eat into their margins. “If the discount is brought down, many more vendors may opt for it," said V.M. Jagtap, managing director of Fairfield Castings Pvt. Ltd, which recently applied to be part of the scheme following the delayed payments.