Mumbai: India’s petroleum and natural gas regulator will invite bids for piped gas distribution in seven cities from October, initiating a process that can substantially reduce the government’s fuel subsidy but which hinges on availability. 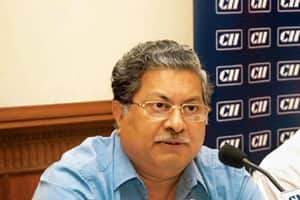 “We are looking at calling for bids for these seven cities initially in first week of October. The authorizations could be given out by March 2009," he said, adding that gas will only be piped into homes 18-36 months after the authorization is given to the bid winner.

More companies are expected to come forward at the bidding stage, he added.

Mumbai-based brokerage Batlivala and Karani Securities India Pvt. Ltd, in a research note in March, said the city gas distribution (CGD) sector in India currently consumes 5-6% of the total available gas, or 5-6 million standard cu. m per day (mscmd), but the consumption is set to quadruple in a few years.

“Since it reduces the fuel subsidy of the government and is environment-friendly, it has been given priority allocation in the...(use) of Krishna-Godavari (KG) basin gas," the brokerage said in its note.

The CGD projects are largely eyeing the Reliance Industries Ltd gas output from its reserves in the KG basin on the eastern coast of India, which is to start from January. RIL’s peak output from the basin is expected to be 80mscmd of gas, although it is stuck in a lawsuit that bars the company from selling gas.

In addition to technical and financial conditions, the regulator will look for a “natural gas sourcing plan" and experience in either laying pipelines or piping gas for awarding the CGD projects. Bid winners will enjoy 25 years’ exclusivity on the infrastructure and marketing exclusivity of three-five years.

PNGRB is also working on a module to lay down disaster management norms for the firms operating CGDs to cover instances such as gas leaks, pipeline breakages, fire or earthquakes.