Mumbai: The management of Reliance Communications Ltd (R-Com), the mobile telephony arm of the Anil Ambani-led Reliance Group, said that the proposed sale of its telecom tower assets will only proceed further once issues such as spectrum pricing and allocation are sorted out by regulatory authorities.

“We are engaged with potential investors to sell a stake in Infratel (Reliance Infratel Ltd, R-Com’s telecom tower subsidiary)," Punit Garg, president, R-Com, said during a conference call with analysts on Monday. “There are pending regulatory issues and the DoT (department of telecommunications) and Trai (Telecom Regulatory Authority of India) are working out aspects like spectrum allocation and pricing. The transaction will proceed further once clarity emerges." 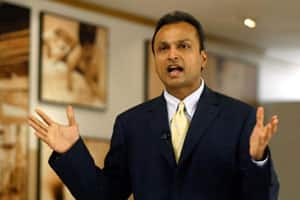 Over the last two years, R-Com has been looking to hive off its telecom towers business in order to bring down debt, but hasn’t been able to conclude a deal so far.

India’s second largest mobile carrier by subscribers is said to be currently in talks with US-based private equity firms, The Carlyle Group and The Blackstone Group LP. A deal to sell the towers to GTL Infrastructure Ltd collapsed in September 2010.

In an interview with CNBC-TV18 on Monday, Garg pointed out that the present lack of clarity on spectrum allocation and the re-auction of licences that were taken away from existing telecom operators was holding up Reliance Infratel from being properly valued. He stated that a deal could be completed by the second half of fiscal 2013 if regulatory clarity emerged by then.