Mumbai: India, with at least 60 million diabetes patients, may consider issuing compulsory licences for some patented diabetes management drugs sold in the country in an effort to make them accessible and affordable.

A committee formed by the ministry of health and family welfare to recommend ways to ensure access to essential drugs to patients will suggest that compulsory licences be issued for at least two patented therapeutic drugs, according to two people familiar with the development.

Affordability is a key issue in countries such as India with a large number of poor or low-income households and the low reach of medical insurance (less than 15% of the population has a health cover, according to a report by consultant EY, previously known as Ernst and Young).

“We have received a number of requests from health and patient groups and not-for-profit organizations for considering compulsory licensing option for several costly patented drugs in therapies, including cancer, heart diseases, HIV AIDS, diabetes among others," said one of the two persons cited above. 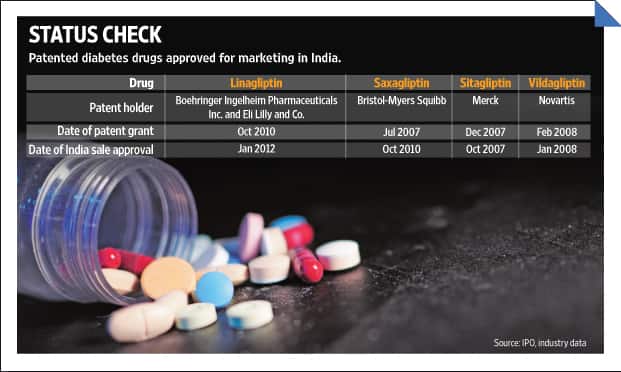 The person, an official at the ministry of health and family welfare, asked not to be identified.

“Looking at the basic criteria such as size of patient population and the severity of access issue, diabetes seems an ideal case and there are possibilities for inviting the committee’s attention to requests for making diabetes therapy more affordable to Indian patients," added this person.

The ministry is yet to identify the drugs for compulsory licensing.

“There needs to be more discussions and debate on this. The government may also try to talk to the patent holders (to provide) for voluntary licences to interested parties," said the second person, who is a senior official at the Intellectual Property Office. This person too did not want to be identified.

A compulsory licence would allow a drug maker to use patented technology to manufacture a generic version of the product. The government can invoke the provision if a patented product is proven to be unaffordable to a large portion of local consumers or if there isn’t enough supply to meet demand.

The government resorts to issuing a compulsory licence as the final option when the patent holder is not ready to either make the product accessible to the consumer or refuses to issue a voluntary licence to another manufacturer.

But generic drug makers and the patient groups have often argued that since some of the drug patents granted in the country are not justified, the government either identify those patents to get them revoked or take corrective measures.

“Market monopoly for drugs through patent rights, sometime with frivolous claims, are not justified and the government should ideally notify all such patents as potential candidates for compulsory licences if they violate the laws of the country," says Murali Neelakantan, global legal head at drug maker Cipla Ltd.

In general, drugs made under compulsory licences are much cheaper than those that are patented although patent-holders claim this is because the generic manufacturer hasn’t had to spend the billions that typically go into drug research.

By 2020, India may have 120 million diabetics, according to industry data, including that from the Diabetes Association of India.

Although India’s local drug industry makes and sells many generic diabetes drugs, some of them are very old molecules and considered inferior to the latest drugs, including new-generation gliptins, which are under patent protection. There are, at least, half a dozen different molecules in this group that have already been introduced in the global pharmaceutical market.

In June, the health ministry banned the popular generic drug pioglitazone, citing side effects and also in the wake of the introduction of better new drugs. The ban was revoked later as at least three million patients were still on the drug.

Increased demand for new-generation medicines has encouraged some generic drug makers to introduce these medicines at the risk of violating patents. To be sure, profits, rather than public interest, may be behind most of the launches.

Mumbai-based Glenmark Pharmaceuticals Ltd introduced the generic version of Sitagliptin, patented by US drug maker Merck and Co., in 2013. A patent infringement case filed by Merck against Glenmark is currently pending before the Delhi high court.

Merck and Glenmark did not offer comments on grounds that the matter is sub-judice.