Mumbai: Rural India, which has propelled the growth of most consumer goods makers in the past year, is emerging as a laboratory for companies to test products and services that can then be replicated in overseas markets with a similar profile.

Tata Chemicals Ltd is test marketing a low-cost water purifier, Tata Swach, for the rural market. Over the course of the year, the product will be rolled out nationally and then in developing and emerging markets across Africa, South-East Asia and Latin America. 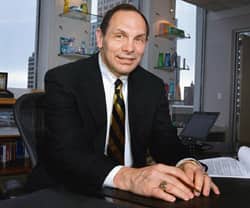 Rural focus: P&G’s president and CEO Robert McDonald said at an annual general meeting in 2009 that the company would focus on emerging markets as it looks to add a billion new consumers. Tom Uhlman/Bloomberg

Godrej Appliances Ltd is also test marketing its battery-powered Chotukool refrigerator developed for people who don’t have access to regular electricity. “Once the test market results are fully analysed, we will look to market it across the country. Any international marketing evaluation would follow," said Adi Godrej, chairman, Godrej Industries Ltd, which owns Godrej Appliances.

Nokia Life Tools, a mobile phone application that was launched in June 2009 for rural consumers in India to access agricultural, educational and entertainment content, was introduced in Indonesia six months later. It will soon be rolled out in other emerging economies through 2010.

In the quarter ended December, Godrej Consumer Products Ltd (GCPL), which earns 25% of its revenue from the UK, West Asia and Africa, launched its soap brand Godrej No. 1, targeted largely at the rural Indian market, as well as its mass market brand Godrej Expert powder hair dye in Africa, Nepal and Bangladesh.

Hindustan Unilever Ltd (HUL) developed the Pureit home water purifier system for the rural market before launching it in Indian cities; it will later be taken to overseas markets.

At an annual general meeting in 2009, Procter and Gamble Co.’s (P&G) president and chief executive officer Robert McDonald said the firm would focus on emerging markets such as India as it looks to add a billion new consumers.

“Rural India is the new battleground for multinationals to win if they want to win in emerging markets like that of Russia, Brazil and Africa," said Mark H. Pearson, managing director (supply chain management) at consulting firm Accenture Ltd.

The diversity of India’s countryside gives it an edge over other developing nations such as China as a testing ground for companies, he said.

The opportunity that these companies plan to address is the so-called bottom of the pyramid, a demographic which in India’s case is largely rural and agrarian, but is now aspiring to an urban-influenced lifestyle as well as products and services.

Close to three-fourths of India’s billion-plus people live in the villages. Rural users account for at least 50% of new subscribers for some of India’s leading telecom providers.

For the Rs1.14 trillion packaged consumer goods industry, rural India accounts for 35% of the overall market. In categories such as soap, washing soaps and powder, rural India accounts for more than 55% of the overall market. In scooters and motorcycles, the countryside makes up 40% and 48% of the overall market, respectively. Government welfare programmes such as the Mahatma Gandhi National Rural Employment Guarantee Scheme, which assures 100 days of work a year to at least one member of every rural family, better prices for farmers’ produce and increased non-farming activities such as construction are adding to the allure of rural India as a market. “The dependency on farm income as part of total income has gone down to less than 50% in rural India," said a February report by Accenture titled “Masters of Rural Markets: The Hallmarks of High Performance."

“The key to success in the bottom of pyramid markets is having products that are high on innovation and social need," said Sabaleel Nandy, business head, water purifiers, at Tata Chemicals.

A similar phenomenon is being seen in distribution models. Consumer goods firm HUL, the maker of soaps such as Lux and Lifebuoy, in 2001 launched Project Shakti, which would employ women for last- mile distribution in the rural heartland.

Over the course of the last few years, the programme has been extended to other markets such as Sri Lanka where it is called Joyeeta, Bangladesh (Saubaghya) and Vietnam.

According to an annual study published by World Economic Forum (WEF) and The Boston Consulting Group (BCG) in January 2009 titled “The Next Billions: Unleashing the Business Potential of Poor Communities", there are roughly 3.7 billion people in the world who are largely excluded from formal markets.

This group, earning $8 (Rs364) or less a day—60% of which is concentrated in India and China—comprises the base of the income pyramid. With an annual income of $2.3 trillion a year—which has been growing at 8% in recent years, according to the WEF-BCG study—this group spends more than half of that, about $1.3 trillion, on food.

The Indian countryside, however, stands out as a location for such experiments, thanks largely to its diversity.

“Every 200km, there is a different characteristic that Indian consumers present—the language differs, the market structure differs, the content sources like government, NGOs (non-governmental organizations) and education system also change," said Jawahar Kanjilal, head, emerging market services, Nokia India Pvt. Ltd. This, he said, offers a vast opportunity to test diversity and understand the complexity of service requirements management that can later be used in other global developing and emerging markets.

Additionally, developing and emerging economies such as India have a large percentage of low-income consumers. “The profiles of consumers in these markets is similar to the Indian consumers, giving us a market to cater to as we understand these consumers," said Dalip Sehgal, managing director of GCPL.

To tap those markets, South Korean firm Samsung Electronics Co. Ltd made India its research and development hub for markets such as South-East Asia, West Asia and Africa. Last year, after extensive research on Indian consumers, especially those in areas with erratic electric supply, it launched a made-in-India phone, Solar Guru, which allows consumers to recharge their phones using solar energy. “For the untapped market of entry handsets for first-time users, we decided to make India the base for product development to work along with the headquarters," said Ranjit Yadav, director (mobile and information technology) at Samsung India.

Thanks to globalization, he said, aspirations of first-time users are similar across developing and emerging economies, making it easier to launch products globally.

Indeed, the global reach of products tested in India’s hinterland may soon no longer be limited just to other developing nations. Solar Guru, for instance, was later launched not only in South-East Asia, West Asia and Latin America, but also Europe.