Kingfisher doubles A380 orders to 10

Kingfisher doubles A380 orders to 10

Mumbai: Kingfisher Airlines Ltd will buy five more Airbus A380s, taking its total order for the Airbus SAS-made aircraft, the largest commercial jetliner in the world, to 10, spending an additional $1.58 billion, or Rs6,209 crore, on the aircraft. 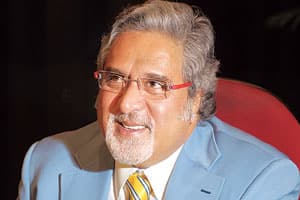 When an airline confirms its purchase, the plane manufacturer, through options, allows it to acquire additional aircraft in future at an agreed price, provided it is done within a specified time. The options help the airline to reserve a place in the queue for guaranteed deliveries, without being obliged to buy those. The UB Group-owned airline is exercising such an option to beef up capacity on its planned international routes. The list price of one of the planes, which normally come at discounts, is $315 million.

“Now that I have secured all necessary clearances for flying overseas, I am planning to convert the options to confirmed orders," said Vijay Mallya, chairman and CEO of Kingfisher Airlines. “We will be operating all non-stop flights to international destinations."

Kingfisher cannot fly overseas yet because of rules in India, which allow only carriers with five years’ experience on domestic routes to do so.

After acquiring controlling stake in Deccan Aviation Ltd, which runs the largest low-fare carrier in the country, Kingfisher has decided to merge into the company in the next three months. Deccan will complete five years of operations by August and the merger will allow both brands to fly coveted overseas routes.

Another reason for converting options into confirmed orders is the fact that the cost of the aircraft would work out cheaper than its current selling price since the options are now around two years old.

Airbus, on its website, claims A380’s direct operating cost per seat is 15-20% lower than rival Boeing Co.’s B747-400. The A380 also provides extra passenger capacity. In a typical three-class configuration, 525 passengers can be seated on the A380.

The primary reason for Kingfisher’s decision to exercise the options to buy five more A380 planes, said an analyst, was to equip the airline to fly overseas. “Initially, Kingfisher may find it difficult to fill this largest plane in the world, but gradually the traffic will pick up," said Sidharth Agrawal, an analyst with IL&FS Investmart Securities Ltd, a domestic brokerage.

Another expert saw the move fraught with risks. “Kingfisher was bold in ordering five A380s. It will be even bolder if it increases the order to 10. (This is) a risky move with large upside if everything “goes right" for the airline and equally large downside if things do not go right," saidCraig Jenks, president of Airline/Aircraft Projects Inc., a leading New York-based air transport consulting and advisory services firm, in an email.

The key to filling up an A380 is being able to operate on busy routes, Jenks said. “Carriers such as Emirates and Singapore Airlines have ordered whole fleets (of the A380), but they have very large, very successful hubs, with huge amounts of connecting traffic. Indian airports do not have that hubbing potential due to infrastructure issues," he said.

Frequency of flights is also important to attract business passengers, a profitable segment, Jenks said, adding, “With Boeing B787 type of aircraft, Jet Airways and Air India would be able to offer higher frequencies than Kingfisher, which (plans to fly) the A380s."

Mallya said preparations for Kingfisher's overseas operations, which include inducting A340-500 and A350XWB planes, were on. “We will be flying international only when we are ready," he said. “It is not just about slots. You need to have vast distribution links to support global operations."

Kingfisher has asked Airbus to advance delivery of the five confirmed A380s. Scheduled for 2011-12, the domestic carrier has asked the plane maker to have it ready by end-2009.