Temasek is likely to buy the stake from Sequoia Capital and promoters, in a deal that will value Pine Labs at $1 billion

Temasek is likely to buy the stake from Sequoia Capital and promoters, in a deal that will value Pine Labs at $1 billion, one of the two persons cited above.

Pine Labs, which provides digital point of sale (PoS) solutions to merchants, had raised $82 million in an investment round led by Actis Capital along with Altimeter Capital in March, valuing the company at $800 million. Pine Labs’ existing venture capital investor Sequoia Capital first invested in the payments company in 2009 and remains its largest shareholder. 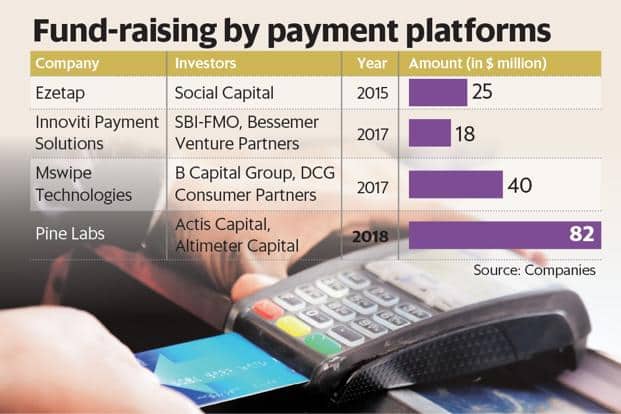 Pine Labs claims to have a 10% share in PoS market in India. “We have a presence of about 300,000 PoS in the market, which is about 10% of the footprint in the country. We have about 15% of the card volume flowing through our network," Lokvir Kapoor, former chief executive officer at Pine Labs had said during last round of funding in March this year.

After its entry into Malaysia, Pine Labs plans to expand its footprint in the United Arab Emirates (UAE), Qatar, Saudi Arabia, Indonesia, Philippines, Thailand and Vietnam. In the next three-to-four years, Pine Labs expects to grow from the current level of 300,000 to 1 million terminals.

As part of expanding the network, all the major payment solution providers have raised 2-3 rounds of private equity funding till date.