Tata Steel may license its patents to steel firms

Tata Steel may license its patents to steel firms

Mumbai: Tata Steel Ltd, the world’s seventh largest steel maker, plans to commercially exploit a few of its over 1,200 patents in India and abroad by licensing them out to other steel manufacturers. 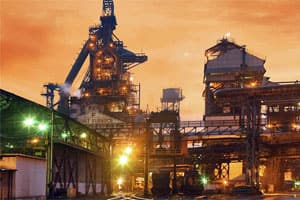 “We are reviewing which of these patents are critical to us and planning to license out the rest to other companies on commercial terms," Denys said, adding that it wasn’t possible to quantify the kind of revenue Tata Steel could earn by monetizing its patents. Tata Steel has already licensed out one of its patents—for a process to enhance the quality of rolled steel—to another company in India.

Not only Tata Steel, but the Tata Group in general has become more “patent literate" in recent times, according to R. Gopalakrishnan, director of Tata Sons, the main holding company of the conglomerate.

“Patents granted to our group companies have increased significantly in the last five to 10 years," Gopalakrishnan said at a press conference in Mumbai, while speaking about innovation at the Tata Group. "We are becoming more conscious of intellectual property."

Other Tata Group firms could follow and consider licensing out patented technologies to others, according to Sunil Sinha, chief of group quality management services at Tata Sons.

Meanwhile, Tata Steel is working on a technology that aims to double the useable coal from mines, thereby reducing dependence on imported coal. If successful, the firm will consider making the technology available to firms in the power and steel sector, since it is of “national importance", Denys said.

The company has filed 11 patents for this technology, which has been under development over the last five years and is expected to be available for commercial use by fiscal 2015.