New Delhi: Essar Oil Ltd was not granted a ₹ 3,000 crore industrial insurance claim in its overseas arbitration against United India Insurance, persons from both companies said on Tuesday. The company was given ₹ 19 crore as part of an interim award for material damages by a three-member tribunal, but the panel rejected Essar’s key claim pertaining to advance loss of profits from its Vadinar refinery. 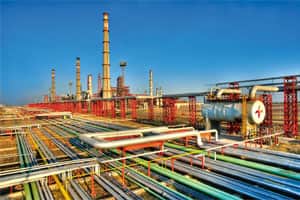 Delayed operations: The tribunal held that Essar’s Vadinar refinery in Jamnagar district would not have started production within the stipulated time, even without the cyclone that hit the Gujarat coast in 1998.

The Essar-United arbitration began in July 2010, after a seven-year legal battle on the ALOP scheme. Essar only began operations at Vadinar in 2006 due to various regulatory hurdles.

The issue before the overseas tribunal was to what extent United Insurance should reimburse Essar Oil.

The arbitral tribunal was headed by John W. Hinchey, a retired partner with US law firm King and Spalding and commercial construction specialist. Hinchey was assisted by Michael Black, former chief justice of the Australian Federal Court and queen’s counsel Ian Hunter from the UK. The arbitral hearings, held in London, concluded last May.

The tribunal, while holding that material damage did occur to the refinery, ruled that insurers were not liable for ALOP, which was the crux of the dispute. Since no ALOP is to be paid, there is unlikely to be another hearing before the tribunal, which would have been necessary to quantify the amount, said persons familiar with the case.

Essar’s statement indicated that it might approach an Indian court under the Arbitration Act to have the foreign award set aside.

“We are currently examining the contents of the award, which is voluminous in nature. But prima facie it appears that the Arbitral Tribunal has not dealt with certain issues that were put forth during the hearing. Essar Oil will explore all legal options to set aside the award," said a company spokesperson.

The company maintained that the verdict “has no impact on our business since the claim amount has not been recognized in Essar Oil’s books of accounts."

In 2003, when Essar’s claim was valued at ₹ 866 crore, the case was taken to the Gujarat high court. In 2008, both parties decided before the Lok Adalat in Vadodara to settle the case through arbitration. Interest on the claim had by then compounded to ₹ 1,757 crore, according to executives and previous media reports. Much of the claim is interest, compounded annually at the rate of 20%.

The lead insurer had put the risk associated with this project on the international market (or reinsured it) because there was not enough capacity in the Indian market to bear such a risk, according to one United India executive.

The company has filed a review petition of the verdict, which also related to commencing production from its Vadinar refinery. The verdict details how Essar consistently postponed starting production because it couldn’t secure approvals, thereby being disqualified from the state government’s tax benefit.

Essar has three months to approach an Indian court to have the tribunal’s award set aside.