Mumbai/Bangalore: Women love their shoes. The attachment defines leading ladies as varied as Imelda Marcos—widow of former Philippine dictator Ferdinand Marcos and star of her own soap opera—and Carrie Bradshaw, the narrative lead in Sex and the City, who famously has a thing for her Manolo Blahniks. Countless devotees of Jimmy Choo and Christian Louboutin are also testament to the passion. 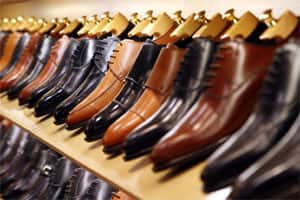 Men are taking to shoes like never before, with even expensive designer footwear flying off the shelves.

“Men’s love affair with their shoes is gathering a lot of steam," said Darshan Mehta, chief executive officer of Reliance Brands Ltd, a subsidiary of Reliance Industries Ltd that retails brands such as Steve Madden, Diesel, Zegna and Timberland in India.

In November, Reliance Brands announced a joint venture with US-based apparel, footwear and accessories brand Kenneth Cole. The pre-launch market research for Kenneth Cole suggested that men were keen on the brand.

Mehta wasn’t too surprised. Men’s footwear may account for just 20% of the shoe stock at Steve Madden, but contributes over one-third of the overall revenue in the shoe category.

The trend has picked up in the last couple of years, with the palette extending beyond standard black or brown.

“Two years ago, we could not even think of selling red and blue loafers. Now they are the fastest selling," said Dipak Agarwal, chief executive officer, DLF Brands Ltd, which retails Salvatore Ferragamo and Boggi in India.

He attributes the changes to increased global exposure, Indians travelling abroad, and the so-called metrosexual male trend, which translates into men spending more time and effort on personal grooming.

Over the years, the range has evolved “from men just wearing the basic black and brown formals to sporting varied colours and different occasion wear from formals to smart casuals", according to Vikram Raizada, executive director, marketing, retail and business development, Tara Jewels Ltd. Raizada buys shoes every time he travels abroad—four times a year on average.

Shoes that may cost anywhere in excess of $100 have become an impulse buy for men. “If they see the right colour, pattern, size, they just pick it up," said Mehta of Reliance Brands.

R. Burman, a Mumbai-based fashion photographer whose clients include Vogue and GQ, expounds on his shoe-buying philosophy.

“Buying shoes is like buying a piece of art. It is not necessarily about a need. It’s about appreciating the craftsmanship of the product. Sometimes it’s about comfort, sometimes it could be badly constructed but looks phenomenal," he said.

Even a slowing economy has not deterred companies from seeking to enter the country.

Indian men are also more likely to look for technology in shoes than women. They would tend to be convinced, for instance, by features such as air-based cushioning and breathable shoes, said Ramprasad Sridharan, chief executive officer, Clarks Future Footwear Ltd, a joint venture between the 186-year-old British brand and the Kishore Biyani-led Future Group. The venture opened the first Clarks store in April 2011 and plans to raise the current 19 outlets to 100 as soon as possible, regardless of the uncertainty in the Indian economy.

“Since 2006, the number of international shoes and accessories brands entering the market has increased fourfold," said Tarang Gautam Saxena, a senior analyst at retail consultancy firm Third Eyesight. She noted that there are close to 200 international fashion brands in India, with more than one-quarter of these operating predominantly in the footwear and accessories category. More want to come in.

Last September, Louboutin launched his first men’s store in Paris. His shoes can easily cost more than $2,000 a pair. “Louboutin may consider retailing his men collection in India," said Lall.

Indian retailers have also been seeking to establish themselves at various price points.

In April, Tata International Ltd announced a joint venture with Wolverine World Wide Inc., whose portfolio of footwear brands include Merrell and Caterpillar.

“We found that there was an unmet need for style sought after by the discerning consumer," said Jacob John, brand head, Louis Philippe, which diversified into men’s footwear in April 2010 and now sells about 60,000 pairs of shoes a year priced on average at ₹ 4,500.

The market opportunity is seen as substantial. The country’s per-capita shoe consumption is the lowest in the so-called BRIC grouping of Brazil, Russia, India and China. In 2011, it was $7.2 in India compared with $25.7 in China, $81.5 in Russia and $107.3 in Brazil, according to Euromonitor, a global market research agency.

With more men paying attention to their footwear, ancillary businesses such as shoe laundries are slowly picking up.

Not surprisingly, most of their customers are male, according to Shashank Bharadwaj, who started a shoe laundry business in Bangalore eight months ago along with friend Chitra Ambareesh. The business, which charges ₹ 150 per pair, has broken even, he said. Customers are happy to pay this much for shoes that cost ₹ 20,000 and more.