Mahindra Reva aims to sell 30,000 cars in next three years

Mahindra Reva aims to sell 30,000 cars in next three years

Production of the company’s new Reva NXR, which was unveiled at the Auto Expo, will start in the second half of the current calendar year. Exports to some European countries will commence next year. 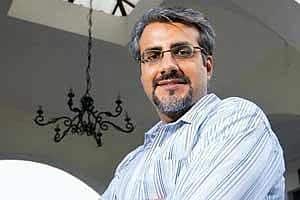 “The policy will definitely help us. We have seen that happening in several other countries," said Maini citing the examples of China, the US and Norway. In China, sales of electric two-wheelers have risen to 20 million units, driven by a favourable policy, he said.

Mahindra and Mahindra Ltd (M&M) acquired Bangalore-based Reva Electric Car Co. Ltd in May 2010. Maini said the purchase has helped Reva not only in leveraging M&M’s distribution network, but also its manufacturing capabilities and frugal engineering.

Mahindra Reva is also working on developing an electric version of the Verito sedan (formerly the Logan). It has also been running an electric prototype of the Ingenio, M&M’s mini truck.

“We are looking not only at cars, but a complete mobility solution," said Maini. Since the acquisition, a little below 1,000 cars have been sold by Mahindra Reva, inclusive of exports.

Demand for EVs and hybrid vehicles in India is estimated to rise 50-fold by 2020, said a department of heavy industries official on condition of anonymity.

“Our objective is to make consumers understand the benefits of owning an electric-run vehicle. Consumers in India are very cost-sensitive," he said. “So, to bring down the cost, we will have to heavily invest in the research and development in the segment."

In anticipation of the new model and a new policy on EVs expected in Europe and some other markets, exports have slowed in the recent past, Maini said.

While the initial cost of the vehicle may be higher for electric cars, the total cost of ownership over the life of the vehicle is much lower, he said. This will be critical in weaning buyers away from conventional vehicles, Maini added. His company has been working towards making the technology more affordable.

Auto makers seem to be divided on the potential of EVs in the country. Even as M&M and several others are working towards EVs for the Indian market, Tata Motors Ltd, the country’s biggest auto maker by sales, believes otherwise.

“We don’t think pure electric vehicles are a solution for the Indian market," said Prakash M. Telang, managing director of Tata Motors. “In our opinion, a hybrid and fuel cell technology will work better here."

Given that the main source of power generation is coal in India, switching to EVs may not serve to reduce the carbon footprint, besides which there’s a power shortage in the country, Telang said. Tata Motors has been working on hybrid and fuel cell technology, he added.

“While one may not be doing great numbers initially, it’s critical that manufacturers come up with a viable solution, given the environmental concerns and high price of conventional fuel," said Abdul Majeed, auto practice head at PricewaterhouseCoopers Pvt. Ltd. “You have to have some plan. The customers will eventually accept when they find the offerings getting better."