Mumbai / Chennai: After Mahindra and Mahindra Ltd (M&M), India’s largest utility vehicle maker, walked away from a tripartite agreement with Renault SA and Nissan Motor Co. to set up a Rs4,000 crore car-making facility in Chennai, the two foreign companies have decided to chip in and make good the investment shortfall because tax incentives are at stake, said Sylvain Bilaine, managing director of Renault India Pvt. Ltd. 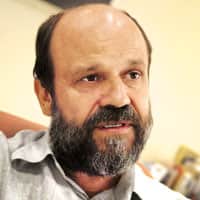 Committed: Renault India’s managing director Sylvain Bilaine says, ‘when you make a commitment to somebody, you have to be pretty sure.’

The companies will do this even though the additional funds will erode margins at the manufacturing facility because the Franco-Japanese partnership will have to more than double its original investment in the project.

“What is important is that now our margins are less because we will spend that kind of money in any case. We have some time to spend it, depending on our growth. We are also very keen to get the fiscal package from the government of Tamil Nadu," Bilaine told Mint in an interview. He did not give details of the fiscal package nor say to what extent the margins would be affected.

M&M, which had a 50% stake in this venture, opted out of the project in January, saying it had reviewed its plans since announcing them in February 2007.

However, the negotiations with the Tamil Nadu government meant that both Renault and Nissan had to at least maintain the promised level of investment in order to avail the incentives the state was offering to industrial projects.

With M&M pulling out, both Renault and Nissan had to rework their entire game plan for this facility and the two decided to increase their aggregate investment in the equally owned joint venture to Rs4,500 crore within seven years with an eye on long-term manufacturing prospects for the domestic and export markets.

Bilaine said that Renault and Nissan were not looking at a short-term plan for India. “It’s a long-term issue and a commitment to India from Renault-Nissan," he said.

Covering 670 acres, the planned capacity at the plant remains the same as per the first agreement at 400,000 units a year, including engines and transmissions. Production is to start in 2010. However, M&M’s exit means that both Renault and Nissan will now produce more vehicles, because the original calculation included the Indian company’s production of utility vehicles.

“They (Nissan-Renault) would qualify for the incentives under the Ultra Mega Integrated Automobiles Projects Policy (UMIAPP)," said a government official, who did not want to be identified since he is not authorized to speak to the media.

UMIAPP, announced in February 2007, is an initiative of the Tamil Nadu government to encourage the setting up of major integrated automobile projects in the state. Under this policy, the government will provide certain incentives to automobile projects that require an investment of at least Rs4,000 crore within seven years from the date of signing an agreement with the government or any other specified date. These incentives include land allotment at a concessional price and exemption from stamp duty, entry tax, value-added tax on capital goods, works contract tax, octroi (if any) and other state levies.

Apart from the Renault-Nissan project, Tamil Nadu has also attracted investments from Hyundai Motor India Ltd to increase capacity to 600,000 cars, and is home to the new joint venture between Nissan and Ashok Leyland Ltd that will make 300,000 commercial vehicles a year.

Besides, Ford India Pvt. Ltd produces the Ikon, Fusion and Fiesta cars and assembles the Endeavour sport utility vehicle at a plant just outside the state capital, Chennai.

According to Tamil Nadu’s 2008 budget, the state government has signed 13 memoranda of understanding with various companies in the past two years which are expected to bring an investment of Rs17,583 crore and provide direct and indirect employment to 141,640 people.

Indian states such as Tamil Nadu, Maharashtra and Uttarakhand have been competing aggressively for a slice of large investments from automotive companies which have sought to expand their capacities in the last couple of years.

Armed with a range of fiscal incentives and promises of good infrastructure and skilled manpower, it has become a battle of sorts among these states to rope in the biggest investor.

For states such as West Bengal, which haven’t had too many big-ticket investments, it has been an uphill battle from the start.