Mumbai: Investors in Tayal Group firm KSL and Industries Ltd, which had taken the group to court for defaulting on about $90 million (about ₹ 500 crore) of foreign currency convertible bonds (FCCBs), have withdrawn the suit after being paid.

The firm raised unsecured loans in the domestic market to make the payment, said P.K. Tayal, founder-promoter of the group. Tayal declined to reveal further details about the settlement.

FCCBs are converted into equity if they match a certain price point. If they don’t, companies have to pay bondholders an agreed amount.

Investors in KSL include international hedge fund QVT Financial LP, which in 2010 took Wockhardt Ltd to court after the Mumbai-based drug maker failed to redeem $110 million of FCCBs.

Bondholders of KSL filed a petition with the Bombay high court on 3 July to liquidate the company and recover their dues after it failed to meet a 19 May deadline to redeem $90 million of bonds and interest.

Trilegal, a law firm representing the bondholders’ trustee Bank of New York Mellon Corp. in the Bombay high court, confirmed the case was withdrawn on Thursday.

“We have withdrawn our petition against KSL and Industries from the high court today. The trustee has agreed to settle the case out of court," a senior advocate of Trilegal said, declining to be named. 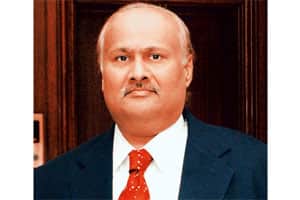 This is the first instance in India of a trustee of bondholders withdrawing a petition and agreeing to a settlement. Typically, investors force defaulters to repay the money by seeking legal recourse.

QVT, which took Wockhardt to court for FCCB default, later agreed to restructure the bonds in an out-of-court settlement but two other bondholders disagreed and approached the court again.

The Bombay high court has directed Wockhardt to clear all its dues by August end.

In another instance early this year, bondholders filed a wind-up petition against Zenith Infotech Ltd for failure to repay about ₹ 450 crore. The case is pending in the Bombay high court.

According to data from KNG Securities Llp, a firm that specializes in corporate finance and secondary markets, an estimated $2.97 billion worth of FCCBs issued by 33 Indian companies are due for redemption before January.

For the Tayals, promoters of the erstwhile Bank of Rajasthan Ltd, the settlement comes as they seek to convince a group of 15 banks to restructure ₹ 2,800 crore of loans given to the entire group.

Since 1 April, KSL’s stock has lost 40.14%, while India’s benchmark Sensex has gained 1.45%. Besides KSL, the Tayals are the direct promoters of seven firms, most of them in textiles or real estate.

The Tayal Group is facing a liquidity crisis due to the adverse textile market and its alleged involvement in irregularities in Bank of Rajasthan, which led to a Reserve Bank of India-forced merger of the lender with ICICI Bank Ltd in 2010.

RBI imposed a ₹ 25 lakh penalty on the lender in February 2010, bringing the troubles facing it to light. The central bank cited irregularities in the running of the bank, including the acquisition of immovable properties, deletion of records in the bank’s information systems and the conduct of some accounts, among others.

Some Indian companies may face difficulty in meeting obligations because of the current economic slowdown.

“This is not unique for India but for any economy in the world," said Rajesh Mokashi, deputy managing director, Care Ltd. “Overall, the prospects of India as an investment destination remain strong."