New Delhi: German sportswear maker Adidas AG said on Friday it has filed a defamation suit against former Reebok India chief Subhinder Singh Prem, who is named by the company as a co-accused in an alleged Rs870 crore fraud.

A statement issued by the company said, “Adidas AG filed a defamation criminal case against Subhinder Singh Prem on June 7, 2012, for the defamatory statements made by him regarding Adidas Group in the media." 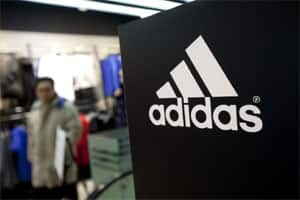 When contacted, Prem declined to comment on the development.

Last month, Adidas-owned Reebok India had filed an FIR, alleging that its former managing director Prem and chief operating officer Vishnu Bhagat were involved in Rs870 crore fraud by indulging in “criminal conspiracy" and “fraudulent" practices over a period of time.

Both the executives, however, had denied the allegations.

Following this, the ministry of corporate affairs (MCA) had ordered a scrutiny of the books of accounts of the Reebok’s Indian arm.

Later, the case was referred to Serious Fraud Investigation Office (SFIO), the investigation wing of MCA, and was given four months time to complete the probe.

The I-T department too launched a probe into the finances of Reebok India.