But SingTel comforted investors by reiterating a forecast for low single-digit full-year revenue growth in the city-state and stable dividends from its associate firms. Its shares were up 1.3% in late morning trade, beating the broader stock market’s 0.4% rise. 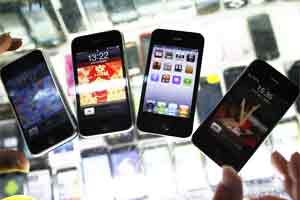 Bharti, which ventured into Africa in 2010 by acquiring most of the African operations of Kuwait’s Zain, has been struggling to turn around the African businesses. Its weaker-than-expected performance the last quarter was, however, due to its performance in India.

“It has been a while since SingTel results beat market expectations and some of the operational KPIs in the 3Q result suggest rising competitive pressures, hence we think the share price will likely remain weak," said Sachin Gupta, Nomura’s Singapore-based Asian telecom analyst.

SingTel, which is 55% owned by Singapore state investor Temasek Holdings, reported a net profit of S$902 million ($716 million) for the fiscal third quarter ended December, down 9.6% from Singapore $998 million a year ago.

Underlying net profit was Singapore $895 million, 7.6% below the Singapore $968 million posted a year ago.

But while investors have punished Bharti’s share price after several quarters of weak earnings, SingTel chief executive officer (CEO) Chua Sock Koong said she was happy with the Indian firm’s performance in Africa.

“If you look at the margins it has actually gone from 19.1% to 26.7%. They have also improved on their market positions in a number of markets. I would say that execution in Africa has been tracking well," she said at a media briefing.

As for India, Chua, who sits on Bharti’s board, said the rollout of 3G services in India has raised costs but that will be recovered as more customers sign up.

SingTel owns about one-third of Bharti.

In Singapore, revenue rose 3% to Singapore $1.68 billion, but EBITDA fell 7% to Singapore $547 million due to higher mobile acquisition and retention costs. SingTel, like most mobile operators, subsidizes the cost of handsets such as the iPhone to get customers.

“The strong gain in mobile customers in Singapore during the quarter led to higher acquisition and retention costs, while contributions from the regional mobile associates declined due to their weaker currencies and 3G losses from Bharti India," SingTel said in a statement.

SingTel shares have been flat so far this year, underperforming the 12% rise in the benchmark Straits Times Index.