Chennai: The number of Indian Internet shoppers around the festive season rose by 18% in November 2011 compared to the same month a year ago, spurred by bargain hunters thronging coupon sites that allow online purchase of a discounted service or product, a study released by U.S.-based Web research group comScore showed. 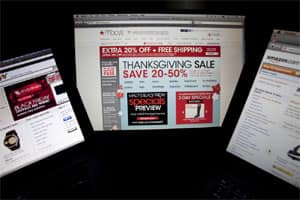 But youth rushing to Web sites for bargains are still a small fraction of the total audience, Pherwani said. Moreover, the rise in traffic may be fueled by a jump in advertising spends by these sites that are seeing increased infusion of private equity money.

Users such as Chennai-based real estate consultant Stuthi Vijayaraghavan and school teacher Deepa Diwakar are switching to online purchases for haggle-free discounts, to avoid bustling mall traffic and for better choice in a city that is less of a shopper’s paradise than Mumbai, Delhi or Bangalore.

Diwakar made an online purchase of a branded iron box labeled at ₹ 1,200 availing a ₹ 50, or 20%, discount and received the package within a week.

“Malls are always crowded and the selection is never satisfactory," said Vijayaraghavan, who is determined to find better online shopping sources despite mixed experiences from trying sites such as www.BeStylish.com selling shoes that she rates as a B+ for not having a great collection and www.Flipkart.com -- an online store selling books, electronics and music -- that she labels as an A for its wide collection and quick delivery.

“Usually, for books I browse at book stores and sometimes not find the title I want but now I just go to Flipkart," Vijayaraghavan said.

"Prices offered online are about 15-20% cheaper than prices offered offline at retail stores across categories such as apparel, books etc which drives greater consumer traffic," said Namrata Balwani, chief operating officer, Media2win, a Mumbai-based digital agency, adding that sales spurts are definitely higher during festivals such as Diwali and Christmas.

Christmas sales for Flipkart, which claims to be India’s largest online book retailer and has 2 million registered users, are 10 times the figure last year and Snapdeals’ chief executive Kunal Behl said his site has seen a 75% monthly sales growth during the festive season starting September versus a 45% jump earlier in the year. Snapdeal currently has 12 million registered users and hopes to grow 10-fold next year.

Behl added that Internet retail is solving the problem of access for consumers living in smaller cities and towns who have aspirations coupled with disposable incomes.

"Forty percent of our sales comes from tier II cities and beyond," Snapdeals’ Behl said without mentioning a revenue figure.