Bangalore: Adani Port and Special Economic Zone Ltd (APSEZ) has been denied security clearance to participate in an auction to build a fertilizer loading berth at the Union government-controlled Vizag port in Andhra Pradesh.

This is the latest in a series of such setbacks to the port operating unit of the Ahmedabad-based Adani Group and India’s biggest private port operator.

“APSEZ has been denied security clearance to bid for the fertilizer berth project," said Ajeya Kallam, chairman, Vizag port. “Last week, we received a communication from the shipping ministry, which listed the names of bidders that have received security clearance for the project. APSEZ does not figure in that list." 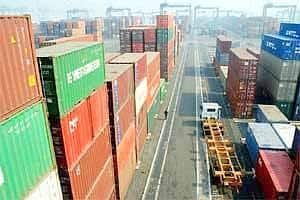 The ₹ 250 crore project with a capacity for 5.2 million tonnes a year involves installing mechanized unloading facilities along with bagging and dispatch facilities for fertilizers at an existing berth of the port.

APSEZ was granted security clearance for the same project about 18 months ago, but the auction could not be completed because of a dispute over the disqualification of another bidder.

“At that time, the shipping ministry did not communicate to us the list of bidders that had received security clearance for the project. But we were told orally that APSEZ had been given security clearance," Kallam said.

While the process was on for a subsequent auction to mechanize iron ore loading facilities at the port, APSEZ was denied security clearance.

In view of the divergent views on security clearance involving APSEZ for two separate auctions, Vizag port had asked the shipping ministry to take a view on the issue.

Interestingly, APSEZ will soon start work on setting up a coal-loading berth at Vizag port, a project that was awarded to the firm in March in a public auction.

“APSEZ has received the consent to establish the berth from the Andhra Pradesh Pollution Control Board," Kallam said.

As per the current practice, price bids for port contracts are opened only after pre-qualified bidders are granted security clearance by Union home, defence, external affairs, finance and shipping ministries. Such clearances are sought on a project-to-project basis.

Since 1997, Chinese companies or groups with Chinese connections have been barred from bidding for Indian port projects by the Union cabinet committee on security because of the sour political relations between the two countries.

Since November 2010, APSEZ has been denied security clearance by the home ministry to bid for several projects, including for the fourth container terminal at Jawaharlal Nehru port, a project to mechanize iron ore loading facilities at Vizag port, operating Vizhinjam port in Kerala and now another project at Vizag port. The reasons for the denials have not been disclosed.

Kallam said the government has also denied security clearance to Sarat Chatterjee and Co. Pvt. Ltd, another qualified bidder for the fertilizer berth auction. The reason is not known.

APSEZ runs facilities at the Mundra and Hazira ports in Gujarat and at Abbot Point in Australia’s Queensland state. The firm is also setting up cargo loading facilities at Hazira, Mormugao in Goa and in Vizag.