Thanks for Visiting Mint
You seem to have an Ad Blocker on. Please turn it off in order to continue, or whitelist Mint
HOW TO TURN OFF AD BLOCKER
OR
REFRESH IF YOU ALREADY TURNED OFF THE AD BLOCKER
Home >Companies >Ravi Uppal, once tipped to take over from Naik at L&amp;T, quits

Ravi Uppal, once tipped to take over from Naik at L&amp;T, quits

Ravi Uppal, once tipped to take over from Naik at L&T, quits

L&T said in a notice to BSE that Uppal, a whole-time director and president (power), had resigned. The resignation will be effective 15 September, the company said.

Bloomberg reported on 25 August that Uppal was leaving L&T and may join Cairn India Ltd, citing people it didn’t name. Cairn India chief executive officer Rahul Dhir is due to step down on 31 August.

Uppal said over the telephone: “All I can say is that I’m leaving L&T. I won’t like to comment further."

The announcement caps a three-year period that saw Uppal’s elevation to the board and emergence as a frontrunner to lead L&T before losing the race to surprise pick company veteran Krishnamurthi Venkataramanan in March. 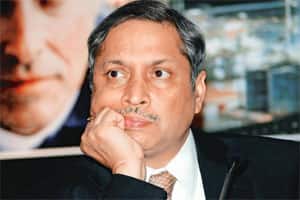 “Our intention is to get a person for the long term the next time (in 2015, once Venkataramanan retires), and I think you have to accept that the intention is always long-term," Naik told reporters at the time.

“It is a complex company and that’s why we’re restructuring to simplify and make many more CEOs come through," Naik said.

Naik himself was elevated to executive chairman where he would get a five-year extension until the company’s annual general meeting in 2017, when he would be 75.

Investors have been happy with the change of guard until now. Since 9 March, when the announcement was first made, L&T’s shares have risen 4.62%, outstripping the 0.73% increase in the bellwether Sensex.

“We recommend that our clients start planning succession at least three years before (the key executive is slated to retire)," said Namrita Jhangiani, partner with consultancy Egon Zehnder International, adding that most boards in India and overseas didn’t spend enough time on succession planning for senior roles. “In addition to bringing in an external successor early, it is also very important to integrate that person into the company and its culture."

When L&T announced Uppal’s entry into the board in October 2010, the only surprise was that the elevation came 20 months after Uppal joined the company. The most senior lateral hire at L&T, which operates in segments ranging from heavy engineering, construction and power to information technology and finance, Uppal was tipped to be an odds-on succession favourite.

Known as the man who brought Volvo AB trucks and buses to India, Uppal had quit a high-flying career as head of global markets at the Swiss-Swedish power and automation firm ABB Ltd to join L&T in 2009.

“Ideally, you should find people from within the company, even if they are a little bit less qualified than the outsider, as there is a lower risk in promoting from within," said Jhangiani, who said her comments were on the general issue of succession planning in companies and not specific to L&T.