New Delhi: French retailer Carrefour SA is exploring options to enter into a partnership with an Indian firm to sell directly to consumers.

“We are open to a partnership and in the next few months we will identify a partner, and it will then be announced by our global headquarters," Jean Noel Bironneau, managing director for Carrefour in India said, without elaborating. 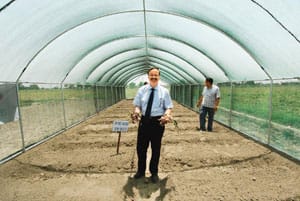 India allows 100% foreign ownership in the domestic retail sector if a company only establishes wholesale, or cash-and-carry stores.

Carrefour will enter the wholesale space already occupied by Wal-Mart Stores Inc. and Germany’s Metro AG to get a toehold in India’s $400 billion (around Rs18 trillion) annual retail market that’s growing at 25%-35% a year.

Mint had reported earlier that Carrefour plans to open its first store in Seelampur by June-end.

The French retailer has forged an alliance with Future Group that operates India’s largest network of branded stores including the Big Bazaar and Pantaloon chains, two people close to the development had said on condition of anonymity.

Future Group is planning to open anywhere between 150 and 300 Carrefour-branded franchisee hypermarkets, and the Indian company will pay a royalty to the French retailer, according to one of the two people.

Carrefour will fully own its cash-and-carry venture and not have a local partner, Bironneau said.

Carrefour’s rival Wal-Mart has partnered with India’s Bharti Enterprises Ltd in a 50:50 joint venture for its wholesale business.

The 60,000 sq. ft Seelampur store will stock nearly 30,000 product categories. When it opens, the Seelampur store will be Delhi’s first branded wholesale store from a modern retailer. Metro has five cash-and-carry outlets in Bangalore, Hyderabad, Kolkata and Mumbai, while Wal-Mart operates two such stores in Punjab.