New Delhi: State-owned CIL has written a letter to the coal ministry stating its decision to opt out of ICVL, a special purpose vehicle formed to acquire coal mines overseas, a company official said on Thursday in New Delhi.

“CIL board in its meeting held on Monday decided to write to coal ministry on 29 May on its decision to opt out of ICVL consortium," the official added. 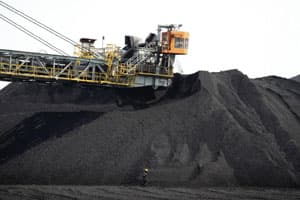 According to sources,the coal ministry on receiving the letter from CIL will make recommendations to the steel ministry and seek its permission to CIL’s exit from ICVL.

Sources had said that CIL board had agreed to walk out of ICVL. The board felt that it was not advantageous for the PSU to be part of the consortium, they said, adding that the venture on the part of CIL involved financial burden without commensurate advantage.

NTPC had also expressed its willingness to opt out of t he consortium.

ICVL, which has ₹ 10,000 crore authorised capital and ₹ 3,500 crore equity capital, has not been able to taste success since its formation.