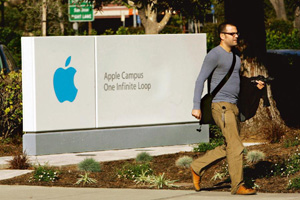 California, US-based Apple of iPod fame is fighting several trademark applications by RCom, part of the Reliance Anil Dhirubhai Ambani Group, or R-Adag, that seeks to trademark the “i phone" brand name that sounds exactly like Apple’s popular iPhone brand. Apple has sold some 13 million iPhones in 2008 alone; the phone was launched in June 2007.

RCom had last year applied to India’s Controller General of Patents, Designs and Trademarks for several trademarks including ‘i phone’ and ‘Reliance I Phone’ under categories ranging from telecommunications to entertainment, as first reported by Mint on 11 October.

Apple spells its brand ‘iPhone’ while RCom proposes to use a capital ‘I’ and has a character-wide gap between ‘I’ and ‘Phone’and similarly small ‘i’ and a gap between ‘phone.’ Apple is opposing the applications under three of trademark classifications—Class 38, 41 and 16—that deals with telecom services , education, training, entertainment, sports and cultural activities, paper, cardboard and goods made from these, book-binding materials, photographs, stationery, artistic materials, paint brushes and playing cards.

A spokesman for Apple in Singapore declined to comment, while RCom spokespersons had not replied until late evening to an e-mailed questionaire sent at 1.30pm.

Even if Apple is yet to file for the trademark in India, Akhilesh Rai, trademark lawyer for New Delhi based law firm AZB & Partners said it had a “stronger case" since the trademark office generally rules in favour of the main user of a trademark.

Costly wheat and the cloud over our daily bread