Chennai: The internal tussle in the family that publishes The Hindu shows no signs of abating, with two family members telling Mint that they plan to push for the retirement of the newspaper’s editor-in-chief N. Ram and escalate some matters to the Company Law Board.

In telephone conversations, N. Murali, who has recently been re-designated as senior managing director, and N. Ravi, who was supposed to take over as editor-in-chief of the group, said they would begin to push for corporate governance norms in the firm.

Murali said there are three issues that he would focus on in the immediate future. One would be retirement norms for family member directors and, therefore, the imminent retirement of Ram “as agreed by him in September 2009" and implementation of the succession framework as decided upon by board members earlier. The succession plan included N. Ravi taking over as editor-in-chief after Ram’s retirement and Malini Parthasarathy taking over as editor of The Hindu. 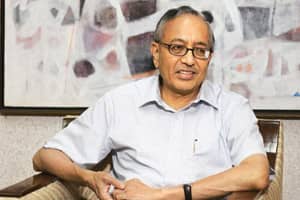 “I have been looking after all non-editorial areas of the company over many years and now my substantial powers and responsibilities have been purportedly removed. And I have been given the position of senior managing director, which is virtually a dummy position," said Murali. “Therefore, I will fight for my powers, including considering the option of going to the Company Law Board."

Events came to a head following an article published in The Indian Express on Thursday that spoke about an internal tussle in the family due to Ram’s unwillingness to retire this year. Ram has threatened to initiate defamatory proceedings against the senior editors and executives of The Indian Express.

It is unclear if he has initiated the proceedings, yet.

An email questionnaire sent to Ram was unanswered till late Friday evening.

According to Ravi, he, along with Murali, had prepared a document that outlined broad corporate governance norms and circulated it among the board members on 18 February and the details were yet to be filled in. He said other board members “wanted time" to study the proposals.