"storyDirectUrl"
OPEN APP
Home >Companies >Satyam was not a sinking ship, but a ship way off its course

Satyam was not a sinking ship, but a ship way off its course

Satyam was not a sinking ship, but a ship way off its course

Mumbai: Kiran Karnik was one of the three men that the government turned to when Satyam Computer Services Ltd, now Mahindra Satyam, was caught in the middle of India’s largest corporate accounting fraud. Already a prominent global spokesperson for the Indian information technology (IT) sector, with eight years as the president of industry body National Association of Software and Services Companies (Nasscom), Karnik was the chairman of the government-appointed board that sold a majority stake in Satyam to Tech Mahindra Ltd, the IT arm of the Mahindra and Mahindra group, in April. 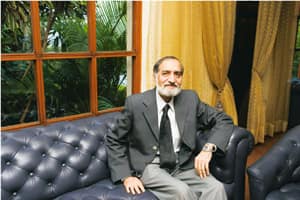 Steering safely: Kiran Karnik initially thought that some big Indian firms would participate in Satyam’s auction, but later realized that it would cause client overlap and the move would only increase headcount. Madhu Kapparath / Mint

When you were contacted by the government for this assignment, were you worried about potential future personal liability issues?

To be very frank, that did not strike me for the first day or two. But later, my colleagues, who were more knowledgable, said that we need to avoid attracting personal liabilities in the process of doing what we think is the right thing. We brought that up with the government and the government was quick to guarantee immunity for government-appointed directors from liability for past actions of the company. But I do remember one of my friends telling me, half in jest, half seriously, to make sure that for the next few weeks I don’t travel to the US (laughs). For a while, that had me worried, but fortunately I did not have to travel to the US within the next few weeks.

Given the dire circumstances and the uncertainty, what worked in terms of retaining clients?

We suggested setting up of an early warning system, wherein customers could decide the indicators. We told our clients that if the defined limits on any of those indicators were triggered, then we will help them transition smoothly to a different vendor of their choice. I think our clients realized that if we were confident enough to offer to help transition to a competitor, then we must be confident of business continuity. Some of the indicators we were working with include non-payment of salary and employee attrition specific to the team handling the client’s account. Such indicators or metrics were worked out in consultation with many of our major clients.

We told the customers we are not a sinking ship, but a ship that is off course. We admitted that our ship has gone way off course, but we have new personnel on board who were in the process of steering it back.

Does any instance stand out from when you were trying to prevent the flight of clients?

The anatomy of an inexplicable fire sale

How the new India-Singapore payment link will work

Oh, definitely. Two major customers, one of which was a well-known global consumer brand, told me very frankly, “Look, we are a consumer brand and our association with a brand that has got sullied will put us down in the market place. So, though we are very happy with the service quality, we have no choice but to walk out." They, however, assured us of considering renewing the relationship later once things are settled.

The other customer, who we really wanted to retain, had a long-standing relationship with us, but they were consolidating vendors and Satyam was at that point an easy option to cut out from (their) list of vendors.

Did other Indian companies keep their word of not actively poaching Satyam’s clients and employees?

By and large, they stayed off and were reasonably good. Nasscom played a key role in this. Occasionally, we did have problems. I told people who were getting worked up over it that, at the end of the day, it’s business. We did get to know that one or two Indian companies had set up special task forces to go after Satyam customers. I think that is part of the game. However, in the crucial initial few weeks they were discreet about it; later it was competition as usual.

How did you and the board look at issues raised by Spice Group about a lack of transparency in the bidding for Satyam?

Who did you expect to bid for Satyam? Were you surprised to find any of them missing from the bidders’ list?

I thought some of the Indian biggies may participate but none of them did. On second thoughts, I realized it may not make much sense for them to bid as there is a lot of client overlap and they are basically just getting more headcount, which they might as well just hire from the market. It may even be cheaper for them to hire and train talent, which they are very good at anyway.

What could have been done differently? Lessons learnt?

Frankly, little if anything at all. However, there was one issue, admittedly minor: that of different arms of the government not being in complete sync—unintentionally, of course—which at times threw up its own challenges for us as we were trying to close the deal at the earliest. This was especially surprising for us, because on the one hand, we were appointed by the government to sort things out, and then on the other hand, the company was getting income tax notices or the state government was not as quick and co-operative as the Centre. These were not so much road blocks, but bureaucratic delays, minor delays nonetheless.

How do you perceive the media’s role? Did the level of scrutiny and reportage interfere with what you and the board members were trying to accomplish?

Media was exceedingly good. In fact, I felt bad for them, especially journalists in Hyderabad, who would always be waiting outside the Satyam building during board meetings. We finally made arrangements for them to sit inside and provided refreshments!

However, I do have a grouse, a serious one. I can see the headline grabbing power of the alliteration ‘Satyam Scam’, but don’t call it a Satyam scam, call it a Raju scam. In many ways, that was bad because it affected the brand. I think (the) media created that label. Names and brands mean a lot and it’s hard to regain reputation once the brand is tarnished.

Are you happy with the changes that Satyam’s triggered in corporate India?

Ideally, I would have liked this to trigger not just introspection but a lot more action on a voluntary basis. But it seems there hasn’t been much. Most companies claim to have discussed issues internally and decided the systems are robust. But that’s exactly where Satyam used to be. They even won awards for corporate governance.

I wish companies would go beyond mere box-ticking and do more things voluntarily. Substantial part of corporate governance would have to be rooted in ethics and honesty. Satyam was not a regulatory failure but more an auditing failure, so there is only so much we can fix by bringing in more regulation. Voluntary steps to improve corporate (governance), and focus on ethics and values is necessary.