As the company weighs whether to sell itself, Twitter’s challenges are under a spotlight like never before. Twitter’s rate of revenue growth has declined for eight straight quarters, and the pace is now pretty middling for an Internet firm. Even after significant job cuts a year ago, Twitter is struggling when it comes to the size of sales for each of its 3,900 workers.

Twitter’s valuation—even after a spike on Friday amid fresh reports of a possible sale—has cratered to about six times projected revenue. Twitter’s financial sickness doesn’t mean the company isn’t valuable. It could be considered a prize for Google or Salesforce, each of which is at least kicking the tyres on a Twitter purchase.

To be fair, as Investopedia pointed out in a recent article, Twitter has “$3.5 billion in cash on its books", has a positive net cash flow at the operational level and, as estimated by S&P Capital, “can last another 412 years at its current cash burn rate". 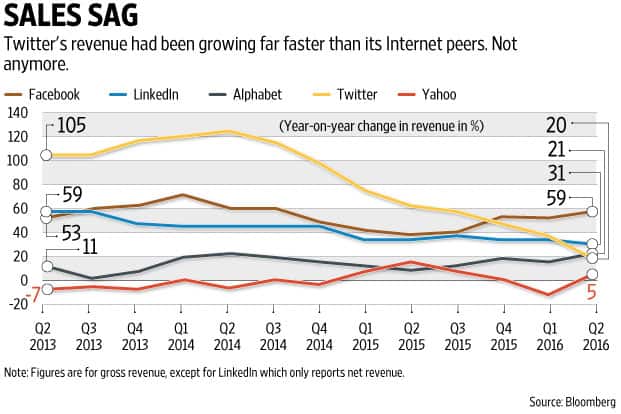 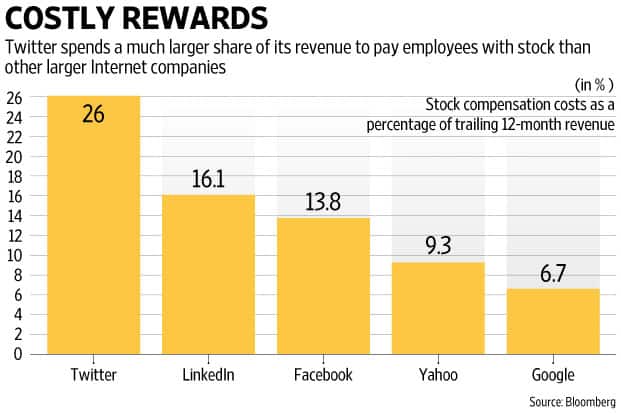 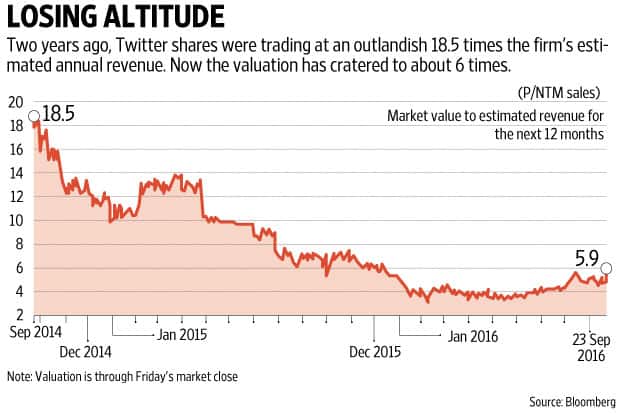