Bangalore / New Delhi: Sunil Mittal’s Bharti Airtel Ltd is working on raising $6-7 billion (Rs27,720- 32,340 crore) in debt to finance an all-cash purchase of Zain’s African operations after entering into exclusive talks with the Kuwait-based telecom firm, according to bankers familiar with the development. 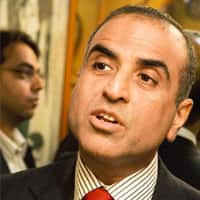 Zain’s African operations carry a little more than $2 billion in debt. That translates into a cash component of around $8 billion for the purchase, a substantial part of which will be financed by fresh debt.

“The debt could be up to $7 billion, or in the range of $6-7 billion," said a banker directly involved in Bharti’s debt raising process. He didn’t want to be named. Bharti, with at least $1.5 billion on its books, could stump up around $1 billion from its internal resources.

Mittal, Bharti’s chairman and biggest shareholder, has been seeking to enter Africa, one of the world’s fastest growing telecommunications markets, as competition intensives on his home turf, where call rates have slumped to as little as 1 paise a second in the face of fierce competition for market share.

Zain and Bharti have set a deadline of 25 March for concluding the exclusive talks. The deal remains subject to due diligence, customary regulatory approvals and signing of final transaction documents, India’s largest mobile-phone firm by subscribers said in a statement on Monday.

London-based Standard Chartered Plc, which is an adviser to Bharti, could part-finance the deal with other banks such as Barclays Plc. The lenders’ consortium may have three-four banks. Bharti received support from six-eight banks when it was in talks with MTN Group for a proposed $23 billion merger. The second attempt at the union with MTN fell through in September for lack of approval from the South African government for the structure of the deal.

The deal talks with MTN involved a share swap and a cash transaction estimated at $3-4 billion. Bharti needs to raise more debt this time because the proposal to acquire Zain’s African assets, excluding Sudan and Morocco, is an all-cash offer.

Bharti may also need about $2 billion to bid at a government auction for spectrum to offer third generation (3G) cellphone services, said a second banker, who isn’t involved in the debt raising process. He also didn’t want to be named.

Investors have given the thumbs down to the proposed acquisition of Zain’s African business amid a perception that Bharti was paying too much, valuing Zain’s African assets at more than 10 times their estimated earnings before interest, taxes, depreciation and amortization (Ebitda) a key measure of operating profitability. That compares with a multiple of 6.3 for Bharti.

Bharti is the only free cash generating firm among listed Indian mobile firms and has a low gearing—debt is 0.05 times equity—which should help it take more debt onto its books.

Bharti’s balance sheet appears in comfortable enough shape to fund the deal, said brokerage firm Motilal Oswal Securities Ltd. “Assuming full debt funding for the deal, net debt to Ebitda post-acquisition on FY10 basis would be approximately 2.6X, which though on a higher side, is not challenging," Motilal Oswal said in a research report.

Bharti Airtel also recently raised cash from Singapore Telecommunications Ltd (SingTel), which last year said it would increase its stake in the Indian telco to 31.95% from 30.43%. SingTel has an agreement to buy shares in Bharti Telecom, which is the sponsor of Bharti Airtel, in tranches till November 2010, which could mean an additional investment of up to $641.3 million.

Zain, in which Kuwait’s sovereign fund is an investor, is looking to divest the African unit to pay off debt after frenetic expansion in the last few years. Zain’s African business has $2 billion of debt on its books, leading Zain shareholder Mohammed Al Kharafi has said.