New Delhi: A slowdown in car sales in India is seen as a passing phase and automakers expect demand to pick up once high interest rates start easing and growth in Asia’s third-largest economy bounces back.

However, it will take some time to get back to the double-digit growth, top carmakers said at the 2012 India Auto Expo that began on Thursday.

Rival Hyundai Motor Co expects growth to pick up in the second half of 2012. 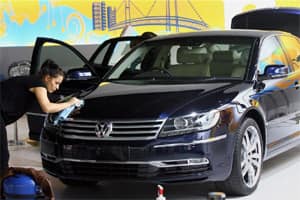 “In the next six months the economy hopefully should do slightly better than what we are doing today, which will also improve the sentiment in the market," he said.

India’s car sales, which grew 30% in the year that ended in March 2011, are expected to be flat in the current financial year, an industry body said last month, as high interest rates and rising input costs bite.

Maruti’s 2012-13 sales are expected to be better compared with 2011-12 as possible cooling of inflation is likely to lead to lower interest rates, said Mayank Pareek, head of marketing and sales, but added: “double-digit growth, we are still away."

The company, 54.2% owned by Japan’s Suzuki Motor Corp , has seen sales slump after labour unrest last summer hit production at its plants for some months in 2011 and resulted in $500 million of lost production.

A year ago, Maruti accounted for every other car sold in India, but local rivals Mahindra & Mahindra and Tata Motors have since boosted their market share.

Hyundai’s Indian unit, which posted a 4.8% increase in domestic sales in 2011, expects single-digit growth for the Indian car market in 2012, Saxena said.