Built in a record time of 33 months, the Statue Of Unity dedicated to Sardar Vallabhbhai Patel tested the engineering and design prowess of Larsen and Toubro

Ready in a record 33 months, Prime Minister Narendra Modi today inaugurated Sardar Vallabhbhai Patel’s statue, known as the Statue of Unity, in the Narmada district of Gujarat. Against the picturesque backdrop of Vindhyachal and Satpura mountain ranges and the Narmada river, the giant memorial is the world’s tallest statue at 600 feet and is expected to be a major tourist destination in Gujarat.

Conceptualised as Sardar Patel walking on the Narmada river towards the Sardar Sarovar dam, the design of the statue took a lot of brainstorming among experts due to various challenges related to its location, height and pose. The bronze statue now is nothing less than an engineering marvel.

It was on this day, five years ago, when Narendra Modi, then chief minister of Gujarat, had laid down the foundation stone for the project. Now once again, on the occasion of Sardar Vallabhbhai Patel’s birthday, Modi was there at the spot, but this time to inaugurate the Statue of Unity as prime minister. 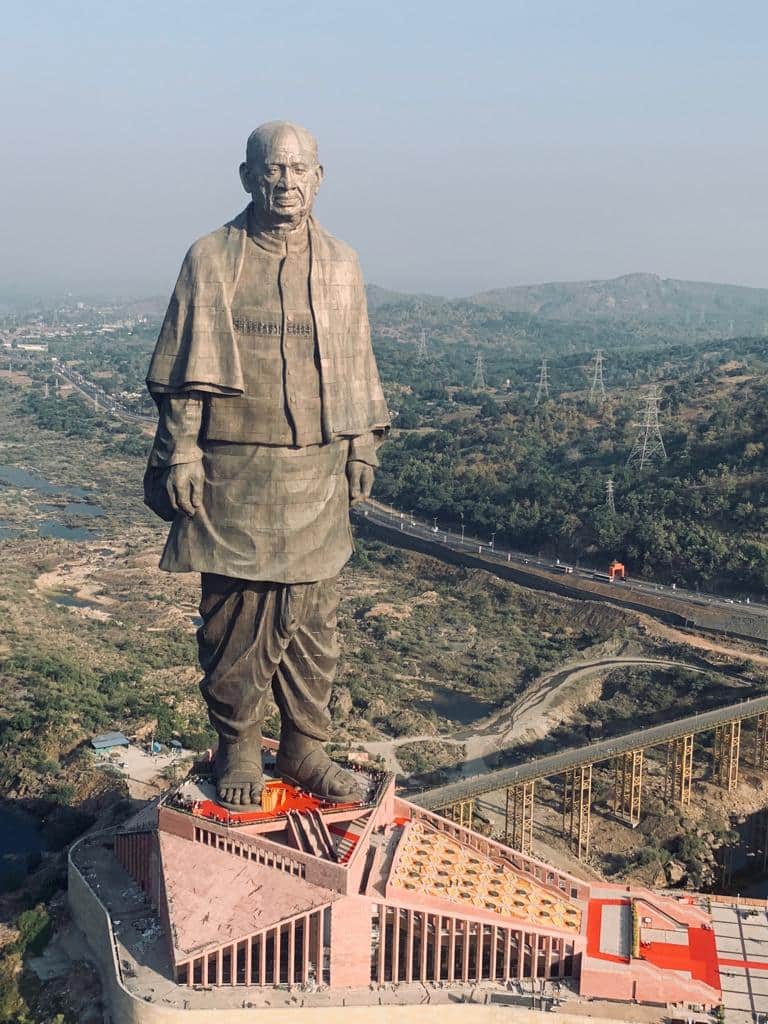 A large team of over 3,000 workers and 250 engineers worked on the Statue of Unity for three years.

ALSO READ | Statue of Unity open now. This is how much a ticket costs

5 engineering feats that make the Statue of Unity special:

1. Larsen & Toubro Ltd, which designed and executed the project after winning a tender, deployed a team of over 3,000 workers and 250 engineers. Although the statue was designed and made in India, the bronze panels had to be cast in a foundry in China, since no such facility to handle such a huge project is available in India. 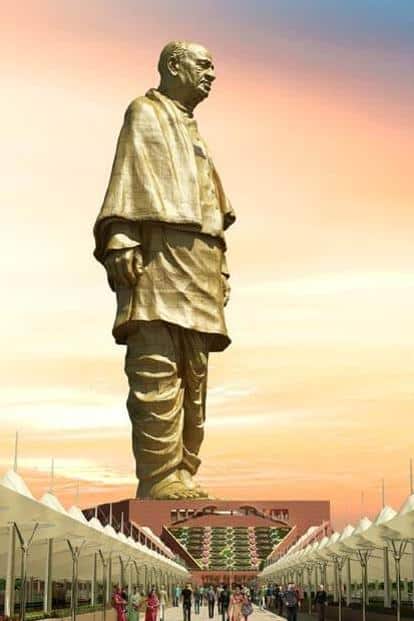 Although designed as a memorial to Sardar Vallabhbhai Patel, the Statue of Unity complex has several attractions for tourists including the valley of flowers and a panaromic view of the Sardar Sarovar dam and Narmada river.

2. One of the biggest challenges for L&T was to ensure that the statue looks as similar as possible to Sardar Patel. For this purpose, they hired well-known sculptor Ram V. Sutar from Noida, who went through over 2,000 archival photographs of the “Iron Man" and spoke to several historians and those had seen him to come up with the design matching Patel’s bodily and facial features.

3. For the construction of the statue, the engineers had to be extra cautious in ensuring that the monument had the capability to withstand heavy winds of up to 130km/hour and earthquakes measuring up to 6.5 on Richter scale. They also used two tuned mass dampers of 250 tonnes each to ensure that in any given situation the base of the structure always remains rooted.

4. Another headache for engineers was the walking pose of Sardar Patel, which meant that the statue is the most weakest at its base as there is a gap of 21 feet between the two legs. Keeping the legs of a statue together helps balance its weight.

5. The engineers adopted sophisticated state of the art technologies like light detection and ranging technology and telescopic logging to assess rock joints. The development of the Statue of Unity went through several stages of mock-up, 3D scanning and computer numerical control production to ensure accurate reproduction of minute details.