Chicago-headquartered analytics company Mu Sigma, which closed 2011 with a mega $108 million fund-raise led by General Atlantic Partners, has quietly hit another and more significant milestone – it has crossed the $100 million revenue mark. This makes it the first startup play out of India to achieve critical scale in the globally competitive big data analytics outsourcing business.

“We have just hit $100 million in revenues. We’re doing about $10 million per month," Dhiraj C. Rajaram, who founded Mu Sigma in 2005, told StartupCentral over a telephonic interview from his US headquarters. He did not share further details on when exactly the $100 million revenue mark was breached, but it is consistent with company’s growth targets for this year. Though incorporated in the US, 85% of the company’s 1,500 employees, chiefly analytics professionals, are based at its Bangalore center in the upscale Whitefield suburb. 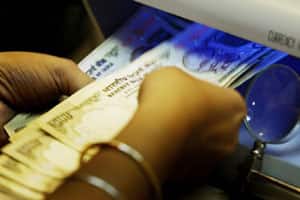 Accel’s initial muted expectations from Mu Sigma were rooted in the state of the big data analytics outsourcing business at the time. “Analytics and that too outsourced analytics were virtually non-existent in 2005. High-end consulting services type businesses out of India still had to be proved. There were concerns around whether the company would be able to find the right kind of people. There were a lot of variables to consider," adds Prakash. Still, it went ahead with the investment, betting primarily on Rajaram’s instincts and insight into the future of the business.

“Data was just beginning to explode. The plan was to help enterprises institutionalize data driven decision-making and analytics. So a company had to be created that would work the business aspect like a consulting firm, the technology aspect like an IT firm, but also bring in the applied math aspect," says Rajaram, a former strategy consultant with Booz Allen Hamilton and PricewaterhouseCoopers in the US. Acting on his hunch, he sold his house in Schaumberg, Illinois, to kickstart Mu Sigma. The company got its big break nine months after starting up when technology major Microsoft signed up as its first customer. Since then it has shored up a client base of over 75 Fortune 500 companies across industries such as technology, insurance, advertising, retail and healthcare and is profitable.

The company’s trot to $100 million-plus revenues comes on the back of an explosion in the global big data analytics market in recent years. Last month, technology research firm IDC forecast that the big data market is expected to grow from $3.2 billion in 2010 to $16.9 billion in 2015. Analytics companies like Mu Sigma help corporate organizations to mine, store and manipulate the vast amounts of structured and unstructured data that is spewed out on a minute-to-minute basis. Companies use these analytics tools to generate higher revenues or profits, identify and target their most valuable customers or plan new product launches.

While the playing field for a startup like Mu Sigma is potentially huge, it is also intensely competitive. On the one hand, the company competes with large systems integrators such as IBM, Accenture and Cognizant. Then it also competes with market research companies such as Nielsen and Information Resources Inc and a host of small and large business process outsourcing companies. Which is one of the reasons Rajaram is at pains to differentiate and distance Mu Sigma from the prevailing hype around big data. “Big data is a small portion of analytics and decision sciences (which is where Mu Sigma plays)," he says. The approach, he adds, is to find a solution to a problem and not the other way around (follow the link to read the transcript of the interview with Rajaram).

The hype around big data though has benefitted Mu Sigma in terms of attracting sizable venture capital. The company has so far raised over $163 million over multiple rounds. Following the Accel Partners investment in 2005, it raised $30 million from FTV Capital in 2008. Sequoia Capital followed with a $25 million round last June and also participated in the $108 million round led by General Atlantic in December. In the next 12 months, the company plans to put its considerable resources to use in growing its headcount to about 2,800 and expanding to new markets such as Australia, West Asia, Africa and South America.

Sitting on $100 million-plus revenues gives the company some critical scale to consolidate on its early gains. It also makes it an attractive acquisition target for larger competitors looking to quickly achieve scale. The Indian market has already seen a couple of high-profile merger and acquisition deals in the analytics segment. In 2007, NYSE-listed business process outsourcing firm WNS acquired Bangalore-based Marketics Technologies for $65 million. Marketics, which reportedly had revenues at between $4 million and $8 million at the time, was founded in 2003 and delivered analytics solutions to marketers. The same year, Nasdaq-listed Cognizant acquired US-based Marketrx for $135 million. At the time, Marketrx, which had a strong focus on the lifesciences sector, reportedly had revenues in the region of $40 million.

Rajaram, though, is keeping his options open and does not rule out a public offering as the next significant milestone for the company. “If it’s the right thing for the company, we will do it," he says. The General Atlantic investment has been widely speculated as a pre-IPO deal and sources in Mu Sigma told StartupCentral that the company planned to hit the public markets in 18-24 months. This however could not be officially confirmed with the company.