New Delhi: Pop quiz for business managers: If the forecast for January was 120 units, and actual demand was 135 units, using exponential smoothing technique, what would be the forecast for February if the smoothing constant is 0.10? 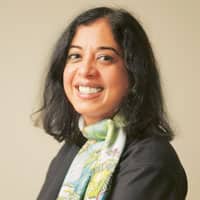 If Devi Vallabhaneni has her way, business leaders in India who think their testing days are over might have to think again. Vallabhaneni is trying to introduce the Certified Business Manager (CBM) test, a definitive test for business managers to verify knowledge in areas such as marketing, manufacturing, operations and human resources.

Proponents of the test believe management is a profession and has a quantifiable set of knowledge criteria. The certification has been available in the US since 2005 and requires test takers to pass a four-part, 16-hour exam. Individuals, as well as companies such as Microsoft Corp. and IBM, have signed up for the certification.

John Malnor, the president of Turnstone, a division of the furniture manufacturer Steelcase, came upon the above question on forecasts in an article in the US magazine Fast Company last year. He and his team were stumped—so he signed up for the certification. (The answer, by the way, is 121.5 units).

“I felt it would be a great challenge to leverage teamwork as we worked towards completion of the certification," Malnor said. “I didn’t want an individual development course, but rather something which would be pushed forward by other team members and would create a common experience for my leadership team."

Vallabhaneni is now in India to introduce the programme to corporations here. She has had meetings with Hewlett Packard and Satyam, among others. When the companies heard her proposals, she says, they were eager to set up meetings. “It didn’t take much convincing," she grins.

In 2000, Vallabhaneni’s father started the Association of Professionals in Business Management (APBM), which administers the CBM test, because he realized that more and more people were turning to certifications as a way of showing a minimum amount of knowledge proficiency.

Vallabhaneni explains that if a company sends its employees to seminars or classes, the only way the company knows it got its money worth out of the seminar is by a quantitative exam.

However, in 2000, Vallabhaneni was a bit uncertain about her father’s plan. With her CPA (certified public accountant), and an MBA from Harvard Business School, Vallabhaneni was not sure if people would respond to a programme for business managers. “I didn’t really believe it, but the response we got was immediate," she says. She joined her father in 2001. It took them five years of preparation, though, to compile the test, certify it with top test makers in the US and ascertain a publishing company to supplement their future test takers with the 38 pounds of study material necessary to prepare for the exam. But the long prep time was worth it: “Nobody wants to be a guinea pig," Vallabhaneni says. Almost immediately after launching the tests, large corporations started sending candidates for the certification.

As of now, there are only about 3,000 certified CBMs worldwide, but Vallabhaneni believes it has huge potential. She expects business management will evolve just as the law, engineering, medicine and accounting professions have with their certification exams. For corporations, she sees it as a way to retain talent, by sponsoring managers for the certification, and also as a way for individuals to prove to their employers a set level of proficiency in the areas covered by the exam.

This was the motivation for Naresh Velupula. A Satyam onsite consulting project manager, Velupula frequently moved around the US for his consulting job, while attempting to complete his MBA. But the constant moving forced him to join different universities that often did not recognize classes he had taken at other universities. He searched online for a programme that would prove his ability as a manager, without the need to join yet another university for his MBA. He found CBM and was certified last year.

The American Council on Education recently approved the CBM exam for college credit. The certification counts for nine hours of graduate credit towards an MBA degree.

A major benefit, Velupula says, is that CBM can provide a common language for ll business and management professionals.