An ode to Italian craftsmanship

An ode to Italian craftsmanship 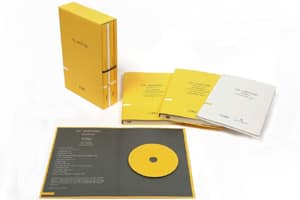 Selected excerpts from the directory’s collection of 180 pen portraits of Italy’s finest.

Giampaolo exits his workroom and pulls his glasses off his nose. He wears a green T-shirt that matches the trimmings of the shop, a few 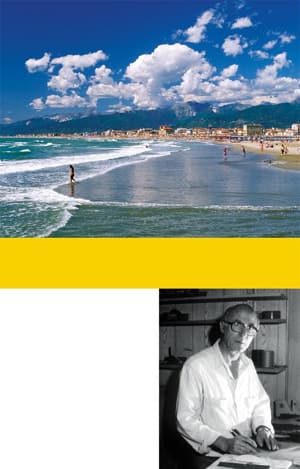 …The Saudi princess as well as the capricious socialite, duchesses and bobo, are all devoted and habitual clients, in their closets, Antonio’s boots multiply…

…The boots’ fame burst through word of mouth. There’s a waiting list, your turn is not up before two months. Today Giampaolo produces around a thousand boots in a year…

…Success grows but he doesn’t move, he doesn’t expand. “Maybe if my son had followed me I would have grown bigger, but since I work alone, I can’t, craftsmanship would suffer." He resists, stays in Forte dei Marmi, who knows why. The bicycle is real and super contemporary: entirely handmade, wireless, counter pedal breaks, auto-reflector tires, satin-metal handlebar and mudguards and leather seat. A brand new bicycle, linear and clean, with no marks or frills, produced with craftsmanship in every detail. In a few years Abici has revolutionized the concept of a bicycle transforming it into a cult object, exhibited and sold in the world’s best design stores, held at home as a piece of furniture.

Completely and proudly made in Italy. For this reason, in 2009 Fendi SeIleria decided to create, for an Abici that goes under the name of Amunte—Lover—a back basket in substitution of the chest (which can be unfastened and used as a luxurious beauty case) and a front basket as well, in leather and goat fur, the GPS navigator case and all the covers in leather including the thermos one. To have the guarantee it remains, as Leonardo Sciascia said, “of unreachable flavor, because who tastes it believes he’s gotten to the archetype, to the absolute, and that chocolate produced elsewhere, may it be the most celebrated, is just its adulteration, its corruption." 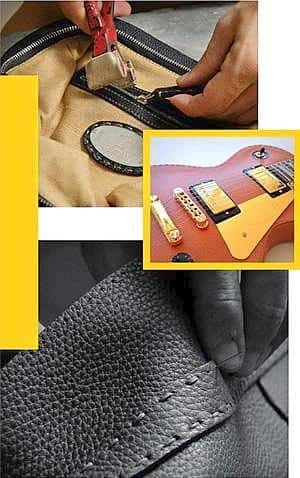 You meet luxury that doesn’t exist anymore, that of ancient mastery and knowledge, that of quality. Every bag of Fendi Sellaria is a unique piece and it takes at least twenty four hours to create. The beginning point is bottalatura:skins are locked inside a barrel where they are turned in order to be softened and there’s no stamping on their grain. Just to give them a uniform look, accentuate craftsmanship work and different nuances of color.

Regarding the realization, a model of the bag is drawn on paper and this sketch is then used to create shapes. Skin is hand-cut over the shapes’ profiles. Lining is made of linen. Single-pieces are then strictly hand-sewn one over the other. Skin is holed with an awl in order to let the needle sew up the different parts with oil thread. This stitching process goes back to the technique of medieval shoes and it is a very important step that requires Carthusian ability and great physical strength. For sewing smaller parts, instead, craftsman needs hammer and pliers. Each part is hand-glued.

Straps, handles, shoulder belts, everything. Watching a process of this kind makes one think of art. Craftmanship and handiwork art of things that stay for life. Like the one of past times, as today there are no more. Brioni builds its fame on quality and craftsmanship. The guaranty of uniqueness, the unmistakable style, and a service oriented on a personal relation with the client are the winning guiding lines that cannot be renounced by Brioni’s expertise.

Every single product—from suits to sport jackets, from jeans to shoes, from skirts to pochettes, from ties to foulards—is created just and only in Italy. Keeping faithful to this philosophy valorizing a global primate, this is the challenge for the present and the future. To go on with innovation, Brioni has pushed the limits of tailoring techniques to its extremes, working with the highest skill every fabric, fiber or leather, proposing very bold finishes. The capacity of keeping such traditional heritage with no uncertainties passes through an almost religious repetition of gestures, a liturgy that lingers generation after generation; timeless gestures, jobs, ancient rituals. To allow such continuity, in 1985 the firm invested on training founding the Scuola Superiore di Sartoria Nazareno Fonticoli (Superior Tailoring School Nazareno Fonticoli) which represents the internal workshop of well doing. 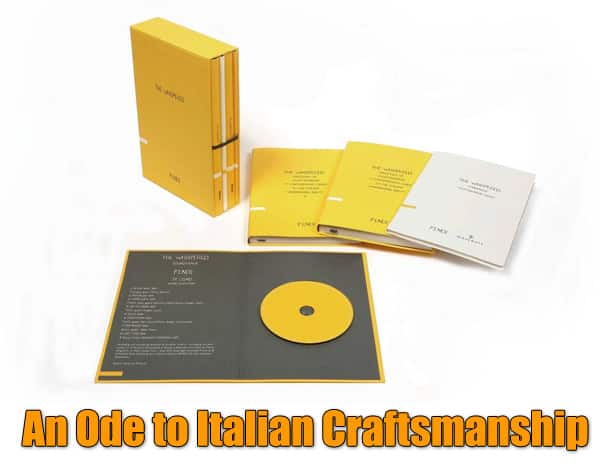 Whether you want it or not, Borsalino translates life into a movie set, gives a Hollywood allure even to a chat in a bar by the sea. Most likely, Giuseppe Borsalino didn’t think it would turn out this way. In 1857, after opening a millinery in a courtyard in Alessandria with his brother Lazzaro, after beginning to produce the first felt headgears with a contrasting or ton sur ton band, he didn’t imagine that the hat that carries his last name would become synonym of hat. He produced three hundred hats a day with the help of one hundred and thirty employees. “U siur Pipen", as his fellows from Piedmont called him, was a simple man, a traveler with incredible hands: “His were the most skilled hatter hands ever seen," strong and most sensitive, able to feel the slightest imperfection.

Borsalino hats, handmade with the best materials, maintain unaltered the craftsmanship from its beginnings: the production process is made of fifty steps of work and takes seven weeks for the creation of a true Borsalino. From the most traditional model, that of Casablanca, to Panama Montecristi, another Borsalino icon, the straw one with the black band, made by interweaving Toquilla palm leaves, the one carried by Teddy Roosevelt during the construction of the Panama canal. The company today exports throughout the whole world, from Asia to the United States, a thousand different types of hats, all with the same elegance and everlasting style. The hint of a bow and... chapeau! To celebrate the fiftieth anniversary of car design, he gives himself a unique Ferrari, with “prominent wheels and close-fitting bodywork."

In 1999, in Los Angeles, he’s awarded designer of the century. He designs trains, yachts, telephones, sewing machines, consumer goods, packaging, corporate identity, food. Incredible shapes are born in his mind, in his pencil drawings lies the evolution of the European motor industry. In 2010 he presents Emas, an environmental car the size of a city car but with the capacity of a D-segment one. In the same year the company, run by Giorgetto and his son Fabrizio, joins the Volkswagen Group inaugurating a new strategic partnership era. As a child he didn’t want to design cars, he wanted to be an artist. Far-sighted as usual, he was right.

“Us poor deserve our part of richness, and this is lemon juice." 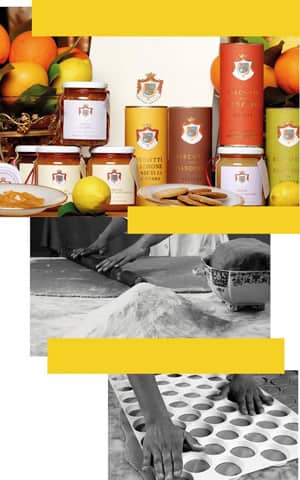 Vincenzo Attolini began the activity in Naples in 1930, as prime cutter at the London House in via Filangieri. Soon, owner Gennaro Rubinacci noticed the skills and talent of his collaborator. 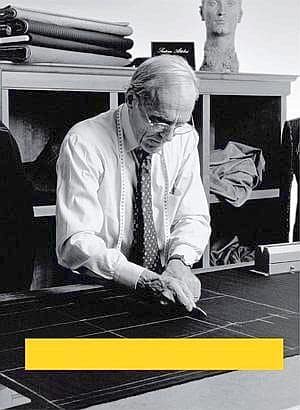 The history of the artisanal workshop continues with his son Cesare, then with nephews Giuseppe and Massimiliano, always going after a perfect balance of fashion, research, elegance, tradition, and memory of the past. A perennial motto: to make a good suits “needle, thread, thimble and scissors" are enough. The firm grows and turns to international markets: once six employees, now one hundred, never forgetting the base, the essence and the willingness, a craftsmanship that distinguishes these tailors in the world, tailoring as art form could be asserted. Vittorio De Sica, Clark Gable, the Duke of Windsor-like yesterday, today still: famous people, willing to hazard, go to the Neapolitan tailor’s shop to have their own dress created, and then they wait in their own living rooms in Paris, New York, Lon-don, Tokyo, for the same tailors that take the first, the second fittings, choose the finishing touches, suggest new cuts, new ideas, colors-images that seem to come from the legend on Lord Brummell, or from a chronicle of prince Jusupov in his palazzo in Saint Petersburg. A suits that carries the carefulness of details, from first cut to eyelets. The selection of fabrics is led today by Giuseppe and Massimiliano Attolini.

These excerpts are taken from the English translation of the original Italian book. The language used by the translators has been kept as such.