Mumbai: Competition for a billion additional consumers in emerging markets has brought the chief executive officer of Unilever Plc, the Anglo-Dutch consumer goods manufacturer, once again to India.

Paul Polman said he will take more products, such as detergents developed in the Indian laboratories of subsidiary Hindustan Unilever Ltd (HUL) and tested in India’s mass markets, to developing nations worldwide.

“Our Bangalore R&D (research and development) centre is our global R&D hub for detergents. It is from here that our detergent technologies are shipped out globally" said Polman in an interview on Saturday evening on the sidelines of a function at Mumbai’s Tata Memorial hospital. 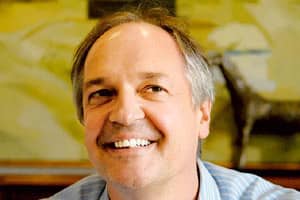 “We are taking innovations from here like Pureit to other markets like Brazil, China, Vietnam and Indonesia. Likewise, Project Shakti has already been extended to other markets such as Sri Lanka, where it is called Joyeeta, Bangladesh (Saubhagya) and Vietnam," he said.

Pureit is a water-filtering product while Project Shakti is a rural women’s entrepreneurship programme that now employs at least 50,000 rural women.

Polman is a 27-year veteran from Unilever’s rival and the world’s largest packaged goods maker Procter and Gamble Co. He has arrived at a time when the Indian arms of both the firms are locked in a price war as well as legal battles.

HUL, which manufacturers Surf and Rin detergent brands, and Procter and Gamble Home Products Ltd (P&G), whose labels include Tide and Ariel, have been reducing prices over the past three months to enlarge their share of a market estimated to be worth an annual Rs10,000 crore. The firms are also contesting each other’s product and advertising claims in Indian courts.

But the struggle for supremacy between the two global firms doesn’t end there. Polman’s Asia tour comes on the heels of Mike Polk, Unilever’s head of the Americas, announcing earlier this month that the firm aims to add a billion consumers from developing markets.

Last year, P&G’s president and chief executive Robert McDonald also said he would focus on emerging markets as he looks to add a billion new consumers.