Manu Anand | I don&#8217;t think anybody is talking about absolute lack of growth

Mumbai: Manu Anand, chairman, India region, PepsiCo India Holdings Pvt. Ltd, and head of fast-moving consumer goods (FMCG) for the Confederation of Indian Industry (CII), spoke in an interview on growth and the outlook for the industry on the sidelines of the CII National FMCG Summit in Mumbai. Edited excerpts: 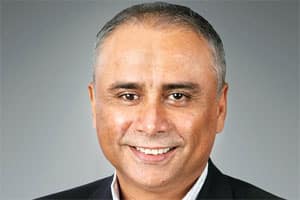 In what sectors is the slowdown evident?

By and large in most segments in FMCG, everyone will say that growth is a little slower than it was say 12 months ago.

Does this mean that the emerging markets story is getting diminished?

India continues to be among PepsiCo’s fastest-growing markets. Moving away from PepsiCo and talking about FMCG industry, most people would still maintain that double-digit growth would be a reality in 2012. There is a slowdown no doubt, but growth in 2012 will come, in low teens, that is what most people are talking about.

What are the reasons for low consumer spends?

These are temporary blips. Consumer confidence in India is among the highest in 57 countries surveyed by Nielsen, and with inflation coming under control we see that it will change for the better.

Where is growth coming from?

Do you see prices declining as inflation slows?

I don’t see pricing coming off on a sustained basis. There may be some odd competitive action here and there. But cost structures have not changed appreciably to allow firms to come off the price points.