Just a few weeks before BaselWorld 2011, the luxury business was rocked by the news that French luxury behemoth LVMH was going to acquire storied jewellers and watch makers Bulgari for around £4 billion. The deal wound entail several significant moves: the Bulgari family would become the second largest shareholders in LVMH, and current Bulgari CEO Francesco Trapani was to take over as head of LVMH’s expanded watches and jewellery business. 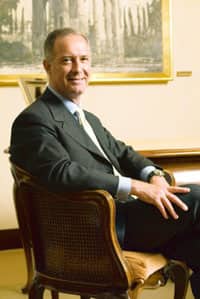 Mint spoke with Francesco Trapani about what this means for the future of watch brands, and Bulgari. He shared some insights into the machinations and convictions that go into such a mammoth deal. Edited excerpts:

These are extraordinary, exciting times for Bulgari. There has been a lot of discussion about the LVMH deal. Some people think it is a good thing. Some think otherwise. What do you tell the detractors? Especially, those who say that the independence of brands should be protected?

I don’t want to get into this politics of independents and others. My personal opinion is that in order to really prosper for the next 15 years in this market...(which is) on the one hand, becoming bigger and bigger…(and)…on the other hand, becoming more disperse...you need to work in different places and deal with different cultures. 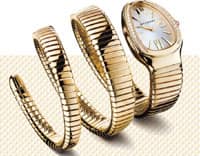 So I’ve been doing this job for 30 years, unfortunately (laughs). Thirty years ago, the market was in the hands of small individual companies. The big luxury companies were non-existent at the time. Thirty years later, you have several large groups that are, more and more, becoming the important protagonists in the market. They are not the only ones. There are beautiful independent companies.

But I think the giants are playing an increasingly important role. And in 30 years from now, they will be even more central to the business.

And this is the trend that made you think of LVMH?

So this trend, coupled with my current family structure—not all of whom want to be involved in the business in the future—made me think of an alliance. It was an idea for the benefit of both the family and the company. And when I say company I mean the employees, the partners and all.

And then the possibility of LVMH came up. I think it is a real, genuine meaningful combination. Of course, the control is no longer in our hands. We have swapped shares. But we have members on the board. I will be part of executive committee of LVMH and will be heading a part of the business. So I would think of it more as a partnership.

Then do you mean to say that survival for independents in this growing market is very hard?

Personally speaking, this deal only increases your headaches. Now you have to worry about all of LVMH’s watch brands.

Oh yes. This does. After so many years of worrying about Bulgari, I have chosen to worry about even more things. But they have a lot of really good people working for them at LVMH already. Once I get the hang of how things work, I don’t think it will be a huge challenge to settle in.

Was it a challenge selling the idea of the alliance with LVMH to your people at Bulgari? Surely there must have been some concerns?

In fact, I am seeing these reactions even now. Obviously, before the deal you don’t talk to too many people about it. Initially, when it was announced, there was a huge shock. Especially, for people who have worked with the brand for 20 or 30 years, it is a little unbelievable. But after the initial shock, I think people have begun to realize the benefits of working with a much larger group with so much more resources. I am sure people have fears about what is going to happen to them now. But then this also means that they will have a lot more opportunities all around the world. Suddenly your job is not to do something only for Bulgari, but to do so many things for so many brands.

Is there an “ideal" Bulgari in your mind? Ideally, how would you like to see this company say five or 10 years from now? Is that vision changing?

We have always had a long-term global plan for Bulgari. This deal does not change those plans significantly. What it does do is make that plan much more easier to achieve. Now we have an opportunity to do things with much greater speed. So the brand is not only going to be much more powerful in five years, but it will be much more powerful than it would have been without the LVMH deal.

How much of a role did the economic downturn have in your plans? If the economy had not crashed, would you have still joined LVMH?

No. This track of allying with a group was something that has been on my mind for some years now. As I mentioned, the family structure has been something to think about for a while now. But the economic downturn only hastened the plans. When the economy fell, then we knew that this was the right track to follow. And it had to be followed as soon as possible.

Now look at what is happening in Japan with the earthquake. How do you prepare for things like that? I am sure that will also change the plans of many brands.

Earlier you said you had to work in this field for 30 years “unfortunately". Why?

(Laughs) You make it sound negative. No, I only said that because of how I’ve had to worry for 30 years. But for me, it has been a privilege. It has been an amazing opportunity to take a brand, which was so small, and then grow it so much and now...after the deal, I can say “Mission Accomplished!"

And now I must start work on a new mission at LVMH.