Backed by one of the biggest deals by government in the PC space, ELCOT by the Tamil Nadu government, Lenovo has clinched the top spot in the India PC market with a 15.8% market share in first quarter of the calendar year 2012 according to a report released by IDC India. 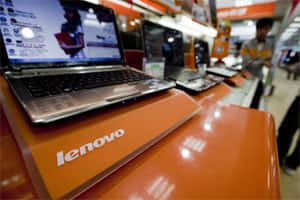 Kiran Kumar, senior analyst at IDC said, “The growth in PC volumes are reflective of the rise in consumption levels and investment activity for PCs in the recent past. A spurt in commercial spending was backed by a revival in consumer sentiment towards March".