As private equity (PE) investments, followed by venture capital (VC), grow in India, the men and women who manage these pools of capital are getting younger.

A random survey by Mint indicates that the average age of fund management teams at PE and VC firms in the country today is below 40 years.

This is true across mega leveraged buyout shops and mid- to small-sized outfits. Many of these teams are, in turn, led by equally young individuals—faces that emerged barely two years ago and, in some cases, maybe less.

Some have moved back home from overseas jobs in consulting or investment banking. Others have changed lanes, moving out of domestic sectors such as information technology, manufacturing and financial services.

Compared with PE, the VC space, which is PE’s early-stage variant, perhaps has more new and young faces—the segment started coming into its own in India only last year.

In the absence of a local base of professionals, most of the people in this space hail from Silicon Valley in the US—Americans of Indian origin who have moved base to India to earn their wings in what is now widely seen as one of the world’s most promising and yet under-exploited venture markets.

We picked six young protagonists, three each from VC and PE, who represent the new face of the business today. Each, in his or her own way, represents how the business has changed in the country.

Suvir Sujan from Nexus India Capital and Manik Arora from IDG Ventures India are part of a growing breed of successful, home-grown entrepreneurs who are taking to venture capital to mentor new entrepreneurs.

Vish Narain at TPG Growth and Rahul Khanna at Clear-stone Venture Partners moved back home from the US to lead the India operations of their respective firms.

Harshawardhan Sabale’s Lauris Capital Partners was born of a decision to continue concentrating on small- and medium-sized enterprises in India, which caught his attention when he was the director at a Malaysian PE firm.

All six investors co-founded or helped set up India operations of their respective funds. Nexus and Indivision were home-grown.

IDG, TPG and Clearstone are among the many firms that have arrived from the US. And Lauris is an India-focused start-up fund that was conceived in Hong Kong, with French backing. So, these six investors are also co-creators of India’s increasingly diverse PE and VC industry.

He is known for his unconventional approach, but he has been cautious in a market overflowing with capital “I’ve had my share of businesses gone sideways, which brings a level of reality to expectations of what can be done by the entrepreneur," he says. Khanna set up the India operations of Clearstone Venture Partners in 2005, and the firm has been cautious in a market overflowing with capital—it invests out of a global fund and has funded four companies so far, including Indiaideas.com Ltd and Games2Win India Pvt. Ltd.

Along the way, Khanna has earned himself a reputation for being hands on and unconventional. At TiE-ISB Connect last year, the annual entrepreneur networking event organized by The Indus Entrepreneurs and the Indian School of Business, he pitched his portfolio companies to ISB students to recruit them, rather than being pitched to by start-ups.

The hands-on approach comes naturally to Khanna after a decade of operational experience in the telecom space. He was the first marketing hire for service provider Hutchison Max in the mid-1990s, then promoted by Analjit Singh. “I remember standing outside department stores in south Bombay every weekend, showing people on the streets how a cellphone works," he recollects. The first-time venture capitalist has also worked with telecom start-up Sonim Technologies, Inc. So far, Clearstone has deployed close to $20 million (about Rs80 crore) in India, and will invest a further $25 million out of the current global fund. General Atlantic eventually funded his company, and while interacting with them, he developed an interest in private equity and eventually joined them, working on investments such as Patni Computer Systems Ltd and Daksh eServices Pvt. Ltd. This was followed by a stint with Battery Ventures, where he led their India practice. All this convinced him the real opportunity was in India. After 25 years—his family had moved out of India when he was seven—Arora came back to start IDG Ventures India, backed by media company International Data Group. Co-founders of the $150-million fund include Sudhir Sethi and T.C. Meenakshisundaram.

As an early-stage fund, IDG has set a precedent for the incubation model of funding start-ups. In addition, Arora and his colleagues are also trying out the idea of entrepreneurs-in-residence. They have two such ideas brewing in their offices—a security solutions and an Internet company—and plan to incubate more such ideas in the hope of creating fundable businesses from scratch. Arora recently moved to Mumbai to set up the firm’s operations in the city.

Once an entrepreneur, and now on the other side of the fence, he finds start-ups today more clued into the VC scenario than he was 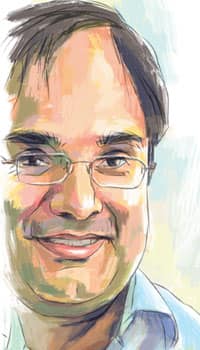 It is a background he has incorporated into the investment strategy at Nexus. The firm has invested in eight companies, including dimdim, Inc., and Mobile2Win India Pvt. Ltd, out of its $100 million fund. In addition to its regular investments, which average $2-5 million, Nexus has also put in angel money, of the order of a few hundred thousand dollars, into six unnamed early stage start-ups. “We want to encourage interesting start-ups with good teams, which aren’t ready for VC money, but have the potential to make it big, if given a head start," says Sujan. He spends time regularly with these start-ups, mentoring them on an informal basis.

Once an entrepreneur, and now on the other side of the fence, he finds start-ups today more clued into the VC scenario than he was. “During my day, everyone was clueless at board meetings about how to solve issues—both us and the VCs," he says. As an entrepreneur-turned-VC, Sujan wants to add more inputs to the decision-making of his portfolio companies. A key factor for Nexus, though, is how well they get along with people—with the founders of the funded companies, with their co-investors, and with each other. For nearly seven months before the trio formed Nexus, Sujan flew in and out of India every weekend from Singapore, where he was heading the Asia-Pacific operations of eBay subsidiary Paypal, Inc. He wanted to make sure he got along with his partners well enough.

His mandate is to go after $50 million deals in sectors such as power, logistics, infrastructure, health care and retail 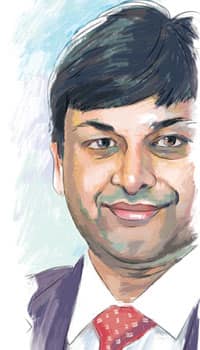 Narain joined TPG Growth, the California-based private equity firm TPG’s (earlier known as Texas Pacific Group) early-stage and growth investments arm, in early 2007. His mandate is to go after $50 million (around Rs200 crore) deals in sectors such as power, logistics, infrastructure, health care and retail. TPG Growth invests from a $1.5 billion global corpus, and the India operations are run out of the firm’s offices at Nariman Point.

TPG is Narain’s fourth job in a 10-year career that started with Deloitte Consulting in Santa Ana (Orange County), California. At the time, Narain remembers virtually not having a home base. He would be travelling most of the week on projects in Texas, Georgia or Oklahama with his Rikhi Ram sitar and its unbreakable case (the same as sitar maestro Ravi Shankar’s) in tow. After a three-year stint with Deloitte, his next stop was the London office of McKinsey & Co., which funded his Stanford University MBA on the condition that he would come back to the firm. He did, for almost three years, before settling in New York in 2005 as an associate at Bessemer Venture Partners, one of Silicon Valley’s most respected venture capital firms. While at Bessemer, he invested in renewable energy company Shriram EPC Ltd.

The move to TPG has also been a move back home to India—he was born in Kanpur and studied at Dehradun and Delhi—and comes at a time when the Indian private equity market itself is exploring new frontiers.

(Vish Narain is married to Priyanka P. Narain, a staff writer for Mint who covers the business of religion.) The track record, which spans seven years, includes buyouts such as Nirula’s Corner House Pvt. Ltd and Mars Restaurants Pvt. Ltd and its sister concern, SkyGourmet Catering Pvt. Ltd. Sabale invested in these companies in his capacity as a director at Malaysian PE firm Navis Capital Partners between 2003 and 2007. As Navis moves on to larger deals here, Sabale wants to continue specializing in the SME space. Lauris opens for business with a $50 million (about Rs200 crore) fund which Sabale expects to have invested in 18 months. Thereafter, he hopes to raise a second $150 million fund. Fund-raising, in the first round, has been relatively smooth. “A lot of people who raised first-time funds go through a lot more pain," he says.

After SMEs, movies are his other big passion—he calls himself a “moving images junkie". He started his career with Arthur Andersen in 1994 in Mumbai, and worked across consulting, audit and fraud investigations. He went on to start the firm’s technology consulting practice for India in 1998. Private equity happened in 2001 when a former Arthur Andersen partner recruited him to work for a Mumbai-based family that wanted to invest $300 million in India. Of that, Sabale was entrusted with $75 million for private equity investments.

The dogged focus on SMEs today is driven by the fact that such deals indulge both the investor and entrepreneur in him.

Sanghi, who helped set up the PE unit from scratch, dropped a decade of competitive classical dancing to focus on work One of the few women at the helm of the country’s soaring PE business, Sanghi was the first person on board at Indivision when it started up in October 2005—she helped design the firm’s investment strategy and hand-picked the team, which is now 14-person strong. PE, however, was preceded by a seven-year stint in investment banking with Lazard India Pvt. Ltd, HSBC and Societe Generale. In 2001, she joined AIG Global Investment Corp.’s PE division, and after a three-year stint, became a consultant to Blackstone India Advisors.

Sanghi, who was born and brought up in Mumbai, says she has been in a rush to get to the top since childhood. She dropped a decade of competitive classical dancing and all its awards to focus on work. During her year of industrial training at ANZ Grindlays Bank (now part of Standard Chartered Bank), she got her first taste of the capital markets and decided to get into investments. That led to studying law in the evenings so that she could interpret the laws around deal-making and understand the world of regulators. “For investing professionals, agreements are a way of life," she says.

Free time, she shyly admits, is also spent reading books about work, such as the PE classic ‘Barbarians at the Gate’ (although she does take time out for all movies starring Shah Rukh Khan).