Siddharth Mehra, or Sid, the title character of Wake Up Sid, is a goofy, likeable brat. Nestled in the wealth of his industrialist father, Sid goes about life without a care—playing video games, getting wasted in nightclubs and reading comic books. When he flunks his final college exams, reality dawns. He walks out on his best friend, who has managed to pass his exam, and then after a verbal brawl with his father, leaves home and knocks on the door of his friend, Aisha Bannerji.

Aisha, a 27-year-old woman from Kolkata who is new to Mumbai, takes Sid in. She is dogged and down-to-earth, and wants to make a life of her own in Mumbai, the city she is already in love with. She lives in a studio apartment in a suburban housing society. 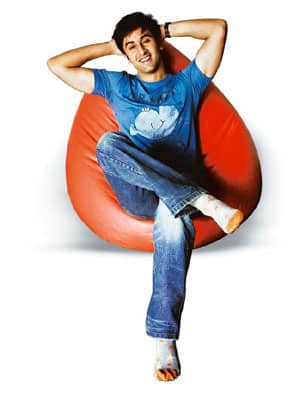 As far as the story is concerned, Ayan Mukerji’s Wake Up Sid holds no surprises. It is the tried and tested coming-of-age formula—you know right from the first scene that Sid is going to become a man in the end. What makes it refreshing, though, is the characterization (the debutant director is also the film’s writer). Although there are some glaring loopholes in the logic of some of the scenes, he pulls off a warm-hearted and eminently watchable film.

The “new urban youth" film has successful precedents. After the conventionally heroic hero—the superstar— ruled the box office for ages, Dil Chahta Hai seemed path-breaking in 2001, although it didn’t have much more to it than the clever projection of a new urban milieu—the smug world of the city boy. Rock On!! worked for similar reasons. In both films, the music and the performances were a bonus.

Wake Up Sid is in that genre. But at its centre is a much more believable guy, made so by Ranbir Kapoor. Kapoor showed promise in Saawariya (2007) and Bachna Ae Haseeno (2008); as Sid, he has moved a couple of notches above. Despite some consciously clever one-liners in the script, Kapoor enables his role’s transformation with ease. As the spoilt wastrel in the first half, and a man at ease with the demands of adulthood, he is convincing. In the first half, as he drifts along, you know that there’s a deep and soulful Sid lurking within.

Wake Up Sid is largely free of clichés. At 27, Aisha is a few years older than Sid, a fact that the script doesn’t hammer in. Usually if the guy is in love with an older woman, she is mysterious, someone with a traumatic past. Aisha is quite sorted; Sid tries hard to live up to her expectations.

The odd thing about Aisha is that she is shockingly prudish. When she meets Sid for the first time at a party, they get along instantly, and decide to go out for a walk. “But I’m not going to sleep with you or anything," she tells him. Later on, when Sid’s mother visits her house, she tells her there is nothing “of that sort" going on between the two of them. Their relationship has an unreal, sanitized purity about it. During the few months that they live together in the same room, there’s no hint of physical desire in them. A guy in his early 20s and a woman in her late 20s who love each other—and no sex?

Konkona Sen Sharma must have been the obvious choice for Aisha’s role, and not just because she is Bengali. She has become the staple choice for the good girl without rough edges. It’s time an actor of her calibre broke out of this rut. In this film, Kapoor comes across as the better actor.

Like all youth-centred films, the adults in Wake Up Sid are square and grim. Anupam Kher and Supriya Pathak don’t have enough in their roles to work on, although one of the best scenes in the film is between Kapoor and Kher— when a changed Sid comes to his dad’s office to give him his first salary cheque.

Anil Mehta is in top form as the cinematographer. He is a seasoned craftsman, but his work, especially the way he captures Mumbai in the night, shows he is not jaded or conventional.

Wake Up Sid is going to work best with teenagers and college-goers. Go watch, and take your parents along.

Wake Up Sid released in theatres on Friday.