Giving big brother the slip: Most secure IM apps for your phone

It is not just hackers, even various govts around the world like to snoop on citizens and their communications. And these apps are designed to lock them out

Instant messaging apps are the most convenient way of communicating with friends, family and colleagues, as well as for sharing data, media and documents. However, a lot of them do not transfer your data in the most secure way, which makes the conversations vulnerable to snooping and unauthorized access. WhatsApp has now added end-to-end encryption, but there is still some way to go before it can match up to the professional jobs that have been around for a while now.

Here are some apps for the security-conscious. The only condition is that both the sender and the receiver need to have the same app installed to take advantage of the complete security set. 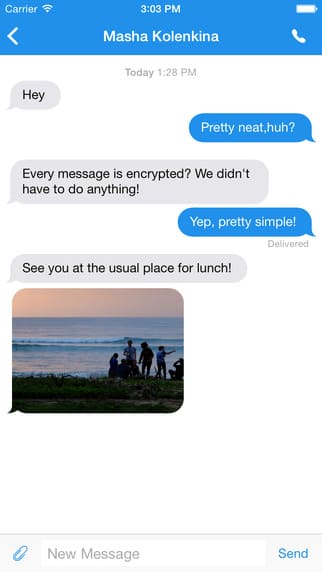 Available for iOS and Android

This is Edward Snowden’s favourite communication app, and that is perhaps the biggest endorsement for any messenger app promising security. Originally created by Moxie Marlinspike and Trevor Perrin’s Whisper Systems, the app re-emerged as an open source project under the auspices of a new company, Open Whisper Systems. Signal sits on the Android or iOS device and holds encryption keys, and can be used to send and receive secure instant messages and attachments, set up voice calls, and has a group messaging function as well. Available for iOS and Android

This app now has 100 million active users globally, though it has been a surprisingly sluggish growth ever since it was hailed as the next big thing in 2014. The developers have focused on a decentralized infrastructure, which routes traffic through the nearest possible server, to increase the speed of communication. There is end-to-end encryption for messages, you can set messages to self-destruct after a pre-defined time period, and all footprints of your communication will be gone after the chat session is over.

Built on Whisper Systems’ open source Axolotl protocol, Secure Chat is only available for Android phones at the moment. The app can replace your existing text app as well, by enabling secure SMS. It blocks screen access by other apps, messages can be set to self-destruct and contacts can be hidden behind a password.