India is in a phase that has already seen a significant growth in Internet usage and this is likely to continue. 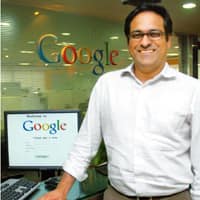 • We will see significant growth in overall search advertising

• This year, we will also see a dramatic increase in mobile searches and a lot of advertiser interest in reaching people on the mobile device

• The media agency community will embrace the digital platform as it will become a core part of their practice. Their overall billings will grow because of the digital medium

• Also, more towards the tail end of 2009, the SME (small and medium enterprises) sector will awake to the importance of advertising

On the impact of the downturn:

The downturn has had a positive effect as the country has seen a strategic use of Internet.

So by increasing the use of the Internet, marketeers are being cost-conscious and mindful of company budgets and they still have measurable RoI data to substantiate their efforts as well.

3G will change the dynamics

On the impact of IPL and general election on online advertising:

We clearly benefited from political partnerships and political advertising but, more importantly for Google and the Internet industry as a whole, it has expanded the relevance of the Internet in India.

On the IPL front, it is still too early to say, as we do have a couple of initiatives lined up where people can go online and access interesting information on IPL. But yes, there has been a tremendous amount of enthusiasm shown by users and advertisers for IPL online.