New Delhi: Need advice on parenting, managing a company, buying groceries, or even on which sportswear best suits your workout? There’s hope at news-stands, which are now brimming with magazines that cover a lot more than business and Bollywood news. 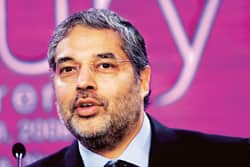 “As a result of the opportunities made available, several international players set shop in India and even national players like us, expanded offerings," says Maheshwar Peri, president and publisher of the Outlook Publishing (India) Pvt. Ltd, which publishes Outlook, and Outlook Money, among other lifestyle and business magazines. In the last year, Outlook has added four new titles including, Marie Claire, Outlook Profit, Geo and People, to its list of publications.

“Today there are over 250 English language magazines in India and over 50% of these magazines were launched in the past five years," notes Suresh Selvaraj, president of Outlook and Marie Claire magazines.

The new titles have contributed to the phenomenal growth story of the Indian magazine industry, especially at a time when magazines the world over are showing a decline in readership and advertisers.

The Indian magazine publishing space, which constitutes 13% of the Rs14,900 crore print industry in India in terms of annual revenues, has grown from Rs1,660 crore in 2006 to Rs1,900 crore last year, registering a 15% jump, according to The Indian Entertainment and Media Industry Report 2008 published by industry lobby group Federation of Indian Chambers of Commerce and Industry and consultant PricewaterhouseCoopers.

The demand for niche magazines, has also been fuelled by the country’s changing economics. “As economies grow, hobbies and leisure activities grow and magazines are launched to address these needs," said Peri.

“Consumer interests are changing and people are increasinlgy moving into special interest reading, so magazines can’t afford to be mass anymore," adds R. Rajmohan, president and publisher of Images Multimedia Pvt Ltd, which has Go India, FNL and M magazines in its stable.

This niche model has also got more advertisers interested as they are now able to focus their advertising spending to reach more targeted audiences. “It’s like how advertising works on TV: the more channels there are, the narrower our search gets to reach our target audience," says Harit Nagpal, marketing director, Vodafone Group Plc. “Similarly, as magazines get more content specific, it will be easier for us to reach out to the right consumer."

Helping the magazine industry is the growth in luxury spending and advertising in India. Louis Vuitton Moet Hennessy (LVMH), for one, is glad to see the boom.

“There are publications Louis Vuitton would never associate themselves with today but, earlier, advertised with them as our options were limited," says Tikka Shatrujit Singh, adviser to the chairman, LVMH. “The entry of luxury magazines has helped us reach out to a larger cross section of potential customers."

“This space is competitive but, not yet crowded so publishers are careful about their brand positioning," says Selvaraj of Marie Claire.